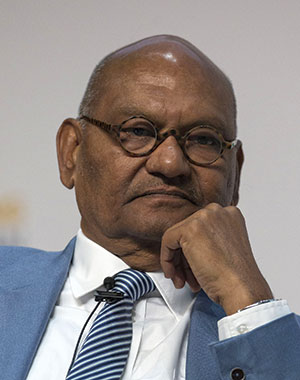 The election of Hakainde Hichilema as Zambia’s new president in August could make all the difference to Vedanta’s Konkola Copper Mines.

THE election of Hakainde Hichilema as Zambia’s new president in August could make all the difference to Vedanta’s Konkola Copper Mines (KCM). This time last year, the government was trying to flog some of KCM’s properties to asset-pickers keen to capitalise on a fallout with Vedanta. It’s a long story tracing back a couple of years but, in essence, the government claimed Vedanta had broken investment promises and promptly sought to liquidate KCM. Anil Agarwal personally got involved, holding a meeting with the president and running a full-page ad in local media decrying government’s harsh treatment (not a wise move).

Eventually, the High Court in Lusaka ruled the liquidation could not go ahead as planned as but it didn’t remove the liquidator either, who unilaterally sought to sell off some assets anyway. The entire imbroglio was viewed as a desperate, last-ditch populist tactic by former president Edgar Lungu to win votes. It failed, which is where Hichilema comes in. A businessman, he has promised to reform and improve Zambia’s investment approach, which could spell good news for KCM, especially as Agarwal has promised to plough $1.5bn into the assets. There are some promising signs he’s serious: his finance minister implemented important fiscal reforms in October that will ultimately make it easier to invest in the country. Time will tell if Vedanta gets control of copper mines at a time when the metal’s price is flying high.

Talking of high-flying metals, the improvement in zinc prices has helped Agarwal cut some of the debt proving an existential threat to his empire. It’s also good news for Vedanta Zinc International (VZI), which operates the Gamsberg and Black Mountain operations in the Northern Cape. In July, VZI announced it would add three million tons of iron ore to its 90,000 tons a year of zinc, lead, silver and copper production in an effort to further boost its profitability.

Born in 1956, Agarwal left school at 15 to work in the scrap metal trade until founding Vedanta forerunner, Sterlite in 1976. It diversified into cable manufacturing ten years later until listing it on the London Stock Exchange in 2003 where it resided until delisting in October. Agarwal once told the Guardian: “I have to project myself. I have to have a Bentley, the best of chauffeurs, and butlers.”