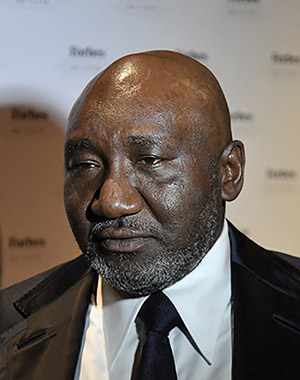 The claim from the camp of Benedict Peters, a Nigerian oil entrepreneur, is that his newly founded mining firm, Bravura Holdings, is interested in mining lithium and rare earth minerals. There’s also an interest in cobalt in the Congo, copper in Zambia, gold in Ghana, as well as iron ore in Guinea. That doesn’t sound like a strategy, that sounds like buying the sweet shop when perhaps a bag of sherbet lemons might suffice. Oh, and platinum.

The reason for including Peters in this year’s Rainmakers and Potstirrers is to highlight the interest high platinum group metals (PGMs) is generating for Zimbabwe. South Africa, where enormous reserves exist, has impossibly high barriers to entry, whereas Zimbabwe, with its tin-pot economics, is a crapshoot of note. Bravura - aptly aspirational as it alludes to virtuoso levels of skills - has set $1bn aside for a platinum mine and smelter on a 3,000 hectare property in the Selous region, some 70km from Harare, according to a Bloomberg report. We are sceptical, but feel it’s a noteworthy gloss on PGM market enthusiasm.

Lionel Mhlanga, Bravura’s country manager, makes it seem like a doddle, actually: “From where we are now, we will go to resource definition, after that we will go to resource modelling, after mine development and then mine construction”. We are prepared to be proven wrong, but surely the best avenue to PGM production growth in Zimbabwe would be organically driven from the likes of Impala Platinum and Anglo American Platinum?

Father of four and committed Christian, Benedict Peters started out working for an oil company in the Nineties that eventually morphed into Oando Nigeria Plc. After that he joined MRS Oil Nigeria, becoming its MD. By 2008, Peters founded Aiteo, the basis for his success, buying in 2014 a controlling stake in an oil mining lease from Royal Dutch Shell. He has been diversifying into power generation companies and has actively supported the country’s national soccer team, the Super Eagles. At one time, he paid for their salaries and that of the team’s coach during a World Cup campaign.