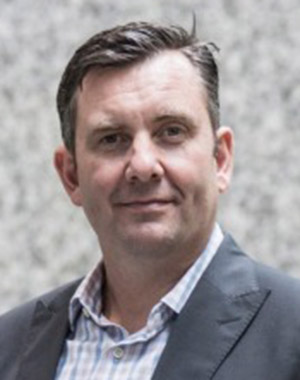 The global anode supply chain is 100% reliant on China ... That heavy reliance on a single source ought to be quite concerning for [original equipment manufacturers].

THE US government was last year quoted by Reuters as saying it was looking to import from “its allies” the raw minerals required for decarbonisation, such as those required for electric vehicle manufacture. The US’s plan is to let the world do the mining while it processes the finished product. Enter Australian-listed Syrah Resources, led by former BHP executive Shaun Verner.

His company is mining the Balama graphite mine in northern Mozambique. Whether Mozambique quite measures up as a US “ally” is debatable, but it certainly ticks boxes in terms of the graphite it supplies in concentrate to Syrah’s Louisiana-based facility, Vidalia. From there, Syrah beneficiates a refined graphite product, known as active anode material, which those automakers can use. One such automaker is Tesla. It has signed a contract to buy 8,000 tons of graphite from Syrah’s 10,000 ton a year facility, with a view to taking yet more over time.

The deal, however, is conditional: firstly, Syrah must expand Vidalia’s capacity to accommodate the full extent of the offtake. Secondly, Syrah must meet Tesla’s specification hurdles. And finally, the offtake won’t fly if Vidalia is not up and running by May 2024. An investment decision on expanding the facility is imminent. As for Balama, it was shut for a year from March 2020 owing to the Covid-19 pandemic. Since then, production of natural graphite from Balama has totalled 33,500 tons of graphite (of which 12,000 tons was in the first half of 2020, prior to the shutdown) and the mine has sold and shipped about 17,000 tons.

Verner joined Syrah Resources in October 2016 and was appointed CEO and MD about four months later. Prior to Syrah, he was at BHP for about 20 years in a number of executive roles spanning copper and other base metals, uranium and thermal and metallurgical coal. According to the company’s CV of him, he has a particular interest in China’s growth and its impact on how commodity and industrial markets have developed. That’s an interesting insight to have, given Syrah’s potential role in enabling the US to diversify its source of graphite, in which China dominates.