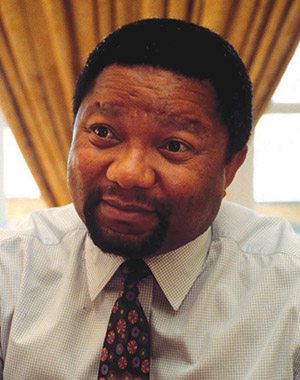 Mzi Khumalo has it all to do in order to save his London-headquartered Metallon Corporation from oblivion. The company is struggling to pay off debt and can’t raise additional funds that are required in order to expand the firm’s gold mines five-fold to 543,000 ounces a year – a capital programme that is crucial for scale and critical mass but which carries a $530m price tag. This is very much a Zimbabwean as well as an individual corporate story. Khumalo founded Metallon in 2002 after buying Lonmin’s gold mines. It is, therefore, Zimbabwe’s largest gold producer. Instead of pursuing ambitious growth, however, the company is currently in crisis talks with the Zimbabwean government. Metallon’s looming failure, which could involve mine closures (and the environmental headache that brings) as well as job losses, is the very last thing Zimbabwe president, Emmerson Mnangagwa, needs. For Khumalo, losing Metallon could bring the curtain down on a colourful career that includes not a little controversy. He once fought accusations of shifting millions of dollars illegally out of Zimbabwe whilst in 2017, Khumalo forfeited R1bn worth of assets and shares to the South African revenue authorities after violating exchange control regulations. As Harmony Gold’s empowerment partner, he caught then CEO, Bernard Swanepoel off-guard by encumbering his shares, an illegal manoeuvre that cast him in the light of an arch-opportunist, a reputation that has stuck through the years.

“We are not shutting down operations; this is just a phase.”

Mzi Khumalo, the 27th political prisoner on Robben Island in 1979, has fully exploited his political links to benefit from South Africa’s empowerment regulations. One of his most controversial associations was with fraudster Brett Kebble when Mzi was chairman of JCI Ltd. A legal spat brewed up around a R30m loan arranged by the company. He was forced to leave under a cloud of alleged mismanagement.