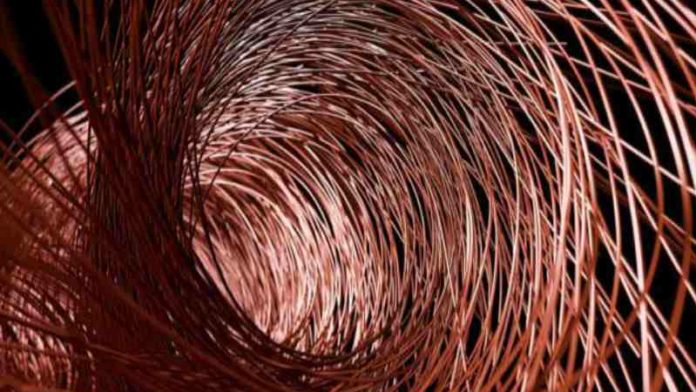 “It’s a favourable environment from a price point of view,” Ivan Arriagada, CEO of Chilean miner Antofagasta in a Bloomberg TV interview. China’s demand “has been sustained quite strongly”, he said, and the global copper market is heading for a slight deficit next year.

Progress toward coronavirus vaccines has bolstered prospects for an improvement in the world economy that should boost metals usage. For copper, an expected wave of spending on metals-intensive green infrastructure is also drawing in investors, said Bloomberg.

“The bull market for copper is now fully underway with prices up 50% from the 2020 lows, reaching their highest level since 2017,” said Goldman Sachs in a recent report. “This current price strength is not an irrational aberration, rather we view it as the first leg of a structural bull market in copper,” it said.

According to a report by Jefferies analysts, copper demand will “significantly” exceed supply from next year with deficits set to blossom over the next seven to eight years. The multi-year deficits will drive the price of copper inexorably upwards.

Decarbonisation is a major factor in Jefferies’ assessment of increased copper demand. Copper plays a much greater role in the manufacture of renewable applications than in conventional fossil fuel power.

It takes about seven years to permit and develop a new copper mine.