[miningmx.com] — Emerging diamond producer DiamondCorp on Friday reported a 47% drop in headline earnings per share to 6.15 pence for the year to end December 2009 from 11.55 pence a share previously.

The company reported a full year loss of £4.20m, which is fractionally
less than last year’s £4.29m loss.

“Although the 2009 financial year is one which we would all rather forget,
dominated as it was by the cessation of surface mining activities at our Lace mine in South Africa, we have emerged from the global financial collapse in better shape than we would have expected only a year ago when we had started underground mine development,” said DiamonCorp chairperson Euan Worthington and CEO Paul Loudon.

In a letter to shareholders, Worthington and Loudon said after the company stopped producing diamonds from the old mine tailings, due to the collapse in diamond prices, it focused on putting into place a number of steps to ease the transition into a fully functioning underground mining operation.

Following the cessation of surface mining activities at the Lace mine in South
Africa due to the fall in diamond prices management focused on funding and
completing underground mine development at the mine.

“Nonetheless, we remain upbeat about the future sustainability of Lace, and are confident that it will continue to yield real value, especially as we have now seen a recovery in diamond prices and believe in strong market fundamentals going
forward,” they said.

The company last year said it was seeking opportunities to grow DiamondCorp
from a single asset company.

It said the search for attractive targets continued last year, leading to the signing in June last year of a joint venture over known kimberlite pipes in Botswana.

“We now have both a near term mine at Lace and outstanding, advanced
exploration targets near Jwaneng,” said Worthington and Loudon.

Looking ahead, the company plans to resume development at Lace and start to turn to account the mine’s potential 13 million carats in resource.

“With this development schedule in place we should be well placed to deliver into a forecast rising diamond price environment in 2011. At the same time, we hope for exciting results from our exploration programme in Botswana,” said Worthington and Loudon. 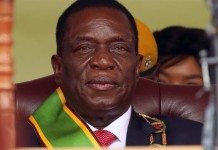