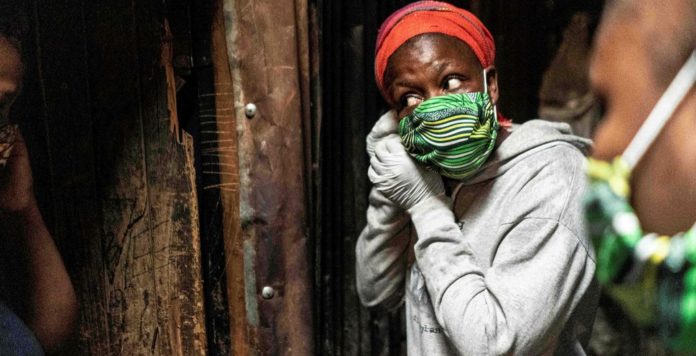 LUCAPA Diamond Company said it had suspended its Mothae mine in Lesotho in line with the southern African country’s two-week lockdown announced today aimed at stemming a surge in Covid-19 infections.

Lesotho prime minister Moeketsi Majoro announced the lockdown for a two-week period starting today after infections reported by the country’s Covid-19 command centre sky-rocketed from 100 per day to 800.

Many of the new infections were detected as migrant workers returning to South Africa whom were tested at the borders with South Africa, according to a report by EyeWitness News. Majoro moved the country to orange level lockdown last week, but movement through borders still continued as before, it said.

Stephen Wetherall, MD of Lucapa, said mining and processing at the mine would be restarted once the lockdown ended. “Our priority is to ensure the health and safety of our valued teams on site,” he said.

“The suspension is expected to be temporary in nature as it is a mine operational health and safety decision, not a market limitation. Lucapa continues to engage with its financiers through this period as the diamond market continues its positive trajectory.”

The lockdown measures announced by the Lesotho government raises questions about whether GEM Diamonds, which mines the Letseng mine in the country, will follow suit.

The lockdown comes as a blow to Lucapa which only reopened Mothae in October following a six month long Covid-19 related lockdown. In November, the company raised $10m through a share issue with the proceeds primarily to be directed to the $8.5m expansion of its Mothae.

On Monday, Lucapa announced it had sold 4,676 carats recovered from Mothae for $5.6m. At $1,198 per carat, the diamonds fetched the highest average dollar per carat price achieved by Mothae of any run of mine production parcel.

The diamond market is slowly recovering after seeing the pandemic all but dry up sales earlier in the year.

In December, Anglo American CEO, Mark Cutifani, said his company was expecting markedly better trading conditions in the diamond market from 2021 which could last for up to three years. Anglo American owns 85% of De Beers.