Home News Diamonds Petra coughs up to re-open the Williamson diamond mine as the Tanzanian...
Facebook
Twitter
WhatsApp
Linkedin
Email

Petra Diamonds has finally reached an agreement with the Tanzanian government over the re-opening of the Williamson diamond mine but the terms show the new government of President Samia Suluhu Hassan has struck a hard bargain in its own favour.

This is despite prior comments by Petra CEO Richard Duffy who told Miningmx in September that Hassan had made “very encouraging comments around a more investment friendly environment.”

The Williamson mine was placed on care and maintenance in April 2020 “to preserve its liquidity” as the international diamond market slumped and after a financially bruising confrontation with the government of hardline  former President John Magufuli.

The Tanzanian government confiscated a parcel of Williamson diamonds in 2017  alleging it was undervalued because of transfer pricing and worth far more than the stated $15m.  It also held back on VAT refunds due to the company and was demanding a greater equity stake in the mine.

According to a Petra statement a “framework agreement “ has now been reached which will involve a capital restructuring of the Williamson mine through which the Tanzanian government will increase its shareholding in the mine and also received the majority “economic benefit” from the activities of the mine in future.

The agreement stated the Williamson restructuring will reduce Petra’s indirect shareholding in the mine from 75% to 63% and increase the Tanzanian government’s stake from 25% to 37%.

The terms indicate  Petra is not going to get back directly its VAT refunds nor the amount due from the confiscated diamond parcel. Instead these are going to be recovered as “contributions” from Government for its share of the cost of re-opening the mine and against future taxes.

That “economic benefit sharing ratio”  from future mine operations  has been set at 55% to the Government and 45% to Petra and “ is intended to capture the parties’ entitlements as shareholders as well as, with respect to the Government of Tanzania, the revenue it collects from WDL arising from taxes, royalties, duties, fees and other fiscal levies.”

The agreement also states that Petra and the Tanzanian government “will provide financial assistance for the restart of operations at the Williamson mine” but the Government’s contribution is going to come from the sale of the parcel of 71,654 carats of diamonds that was previously confiscated and blocked for export.

Finally, WDL has agreed to pay $20m to the Tanzania government to settle “long-standing, historic disputes” to be made in annual instalments following an initial payment of $5m.

Duffy commented, “we are delighted to have put this agreement in place which marks a new era of the joint venture parties’ relationship and sets the foundation for sustainable operations at the Williamson Mine.” 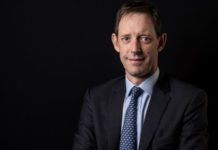 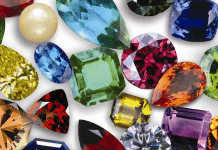 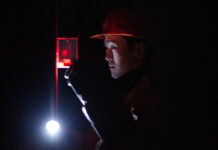