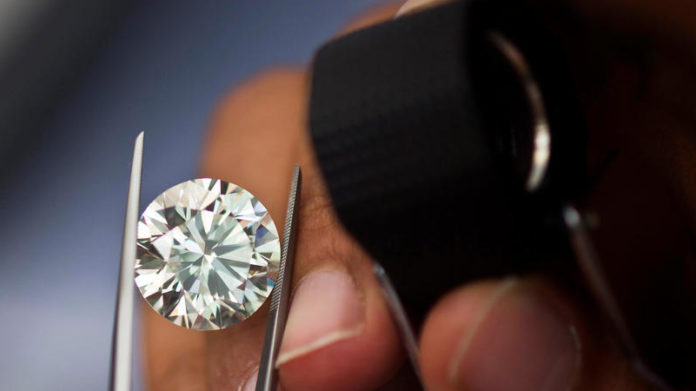 ANGLO American’s experience marketing diamonds through its decades-long association with De Beers would be invaluable as it seeks to make a market for Woodsmith, a proposed mineral fertiliser project.

Duncan Wanblad, CEO of Anglo, said in an interview with the Financial Mail last month that although seemingly disparate, Woodsmith’s polyhalite and diamonds have similarities.

“The similarities are in terms of how you make markets for the product that you produce and the extension of the value that you create mid- and downstream,” said Wanblad. “The application of what De Beers has done in diamonds is going to be relevant to a portfolio that has the consumer as the direct end user product”.

“There are a lot of synergies De Beers brings to bear in providing us the comfort, the knowledge and the resilience to make investments in something like polyhalite where market and downstream are really a big part of the value equation,” Wanblad said.

Woodsmith is currently subject to an extended feasibility study. Anglo responded to criticism that it had run into technical problems with the project which it bought for £405m in 2020 by saying it was optimising it rather than re-evaluating.

“This is an incredible project,” said Wanblad in July following Anglo’s interim results presentation. “We bought it as we were deeply compelled by the orebody. It is one of the most magnificent I’ve come across,” he said.

De Beers stands out in Anglo because diamonds don’t have the future-facing characteristics of the group’s other decarbonising mineral investments, such as copper. But Wanblad said there were no ‘existential’ questions about its 85% investment in De Beers.

“Anglo has been very good at respecting the separate identify of De Beers and I don’t see any reason why that would change,” said Bruce Cleaver, CEO of De Beers.

De Beers today announced seventh cycle sales of $630m, more than the $522m booked in sales at the same time last year but lower than sixth cycle sales which totalled $638m. This takes 2022 sales to date to $4.4bn. Goldman Sachs has forecast full-year sales of $6.3bn.

Cleaver said he expected De Beers to register a good full year performance. “I drive people mad when I say I’m cautiously optimistic, but it’s probably where I am,” he said. “There’s no question that inflation is a challenge for people but what is encouraging is that consumer demand has remained remarkably strong in America.” The US accounts for about half of all retail diamond sales.

According to Google Trends, searches for ‘diamonds’ and ‘diamond jewellery’ in the US during July tracked at or below their five-year range. Similarly, Mastercard spending data grew less in June than in May.