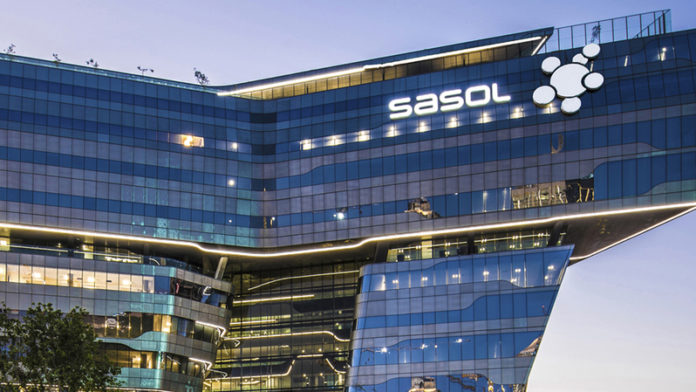 SASOL, the South African petrochemical group, acknowledged it was considering a rights issue in order to ease pressure on its balance sheet.

Commenting today following another brutal bout of share selling, Sasol CEO, Fleetwood Grobler, said the company was sufficiently capitalised, and that it would generate free cash even in the current low oil price scenario. Nonetheless, the company would examine short-range liquidity options.

Numbering options it was prioritising, that also included a business optimisation process in order to lower costs, and efforts to improve its working capital profile, Sasol was “… assessing alternatives to manage Sasol’s near-term debt covenants constraints, including a potential equity issue”.

Grobler also said the company would expand the ambit of its non-core asset disposal strategy in order to realise proceeds in excess of the current $2bn target.

Whether this puts the firm’s 37 million tons a year coal production assets back on the block – Sasol recently ended speculation the mines were for sale – is a question for a conference call to address its overall liquidity problems, scheduled for March 17. The company postponed a March 10 conference call in order to absorb the chaos in world markets, partly triggered by a decline in the oil price.

Shares in Sasol closed 29% weaker today taking losses on a 12-month basis some 91%. The share has lost about 87% year-to-date.

The company said it was the victim of an “… unprecedented set of combined challenges driven by COVID-19 and the significant decline in the oil price” that had “… come at a time when Sasol is in a peak gearing phase as the company completes LCCP”.

LCCP or its Lake Charles Chemical Project, a petrochemicals plant and ethane cracker situated in the US state of Louisana, was scoped for pre-production costs of about $8bn. However, it ended up costing closer to $13bn by the time Sasol’s joint CEOs resigned last year.

The budget overrun has heaped pressure on Sasol’s balance sheet, it cash generative assets in South Africa notwithstanding.

On a net debt to earnings before interest, tax, depreciation and amortisation (EBITDA), Sasol was trading on a ratio of 2.9x as of December 31, – below the 3.5x threshold set in terms of lender covenants, but tight enough to cause a level of unease at that point, and certainly high enough to cause outright panic this week.

US president Donald Trump’s travel ban on European flights to the US heaped further pressure on world markets already absorbing the World Health Organisation’s (WHO’s) acknowledgment of COVID-19 as a pandemic, and an oil price war between Saudi Arabia and Russia. US stock markets plunged 8% today: the S&P 500 dropped 8.1%.

“Sasol is confident that its foundation business is capable of positive cash flow from operations in a low oil price environment,” the company said in a statement to the Johannesburg Stock Exchange shortly before it closed today.

At the prevailing Rand oil price of approximately R580 per barrel Sasol would be within the current covenant levels at June 30, it said. “In anticipation of a lower-for-longer Rand per barrel oil price, a comprehensive package of actions is being finalised to deliver this and sustainably strengthen the balance sheet,” it said.

Commenting on its current liquidity position, the group had current cash and available facilities of approximately $2,5bn and no significant debt maturities before May 2021, it said.