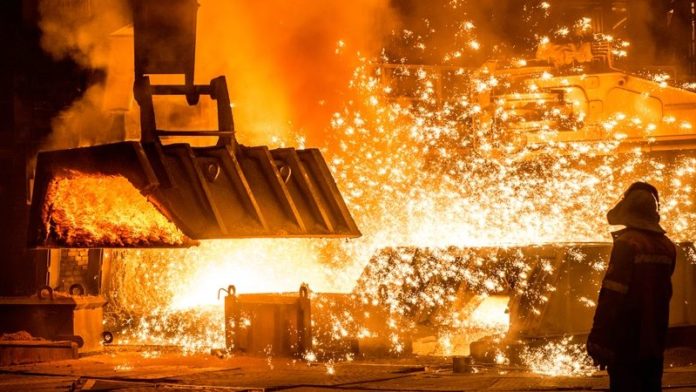 The development of the technology comes amid concerns that an estimated 50% compound increase in the Eskom administered tariff over the next three years will be the final nail in the coffin of the sector.

Ferromanganese and ferrochrome have hardening properties used in the manufacture of steel. ARM’s ferrous division, which shares the Assmang joint venture with Assore, exports ore in its raw state, or it smelts the material to produce an value-added alloy.

André Joubert, CEO of ARM’s ferrous division said at the Joburg Indaba mining conference last week he was “confident” the company could prove technology that used so-called ‘fines’ material, a grade of ore that is sometimes discarded or sold at prices well below the firm’s main ore export, ‘lumpy’ ore.

“We use a component of ore that we don’t normally export and conglomerate that with coal fines, and then we put it through new technology to produce a highly competitive alloy,” said Joubert.

The pilot plant ARM is hoping to install will be applied to its manganese production. “It is a process that we still have to prove and commercialise,” said Joubert. “We are going to build a demonstration furnace which should finish by early next year,” he said.

“Assmang operates two smelting complexes, and a couple of years ago we had 10 furnaces operating,” said Joubert. “But now we only have three operating furnaces, and they are only making money because we transfer our ore to the smelter at mining cost and logistics. It hardly holds its head above water.”

Currently ARM produces 160,000 tons of ferromanganese in South Africa which Joubert said was “at huge risk” even at transfer pricing. “We lost the plot as a country when we allowed our smelters to close down as a result of unreliable power or because of the cost, and China is taking up that market,” he said.

“We cannot compete with that. If want to bring smelting back to South Africa, we have to do it in a different way,” he said.

“Ferrochrome and ferromanganese and the life of arc smelting is doomed in South Africa unless we do something dramatic about electricity costs or introduce new technology.”

Joubert said the ARM board was “very conservative” and would not “pour a whole lot of money at it just yet”. But he added: “We have been working on this for five years and we are very confident we can show it can be done at commercial level”.