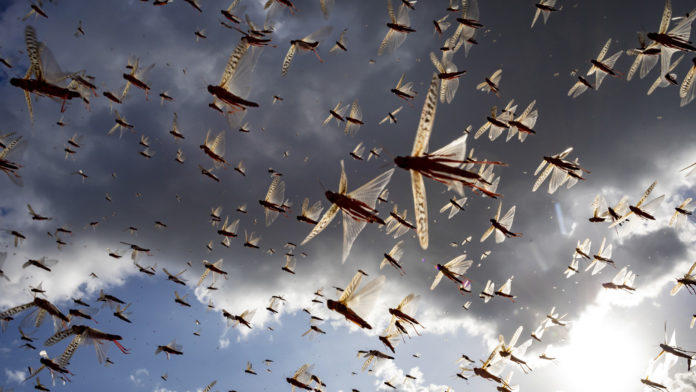 KUMBA Iron Ore was on track to produce the most iron ore in three years following first quarter data published on Thursday.

According to a report by RMB Morgan Stanley, production of 10.5 million tons (Mt) of iron ore in the first three months of the year was in line with 2018 first quarter output when the company went on to produce 43Mt.

“So there’s upside risk to full year guidance of 40.5Mt to 41.5Mt,” the bank said. The higher production was despite heavier than usual seasonal rainfall.

Kumba spokeswoman Sinah Phochana said by e-mail yesterday that two incidents of a swarm of locusts on the train tracks had “… impacted the train schedule.

“Kumba is working with Transnet to resolve and a spraying programme has been implemented to manage the locust outbreak,” Phochana said.

Mining companies have also cited lower than average rail utilisation on Transnet’s coal and iron ore lines as the state-owned rail and logistics company struggles to emerge from the effects on employees of Covid-19. “We are working closely with Transnet to mitigate further operational risks,” said Phochana. “There are a number of immediate and short-term interventions in place to improve the rail performance.

“In addition, as we are moving into the drier winter months and we are managing the locust outbreak, we anticipate an improvement in rail performance going forward.

However, it is important to note that our annual logistics maintenance will take place in the second half of the year and above rainfall could occur again in the fourth quarter during the spring/summer months, which could lead to some disruptions,” she said.

The company reported a realised iron ore price of $183/t which compares to an average of $153/t for last year. The improvement was down to the high iron content in its ore as well as “… timing on provisionally priced volumes”.

From an Anglo American perspective, Kumba’s performance offset a 13% production decline at Minas Rio in Brazil as a result of planned maintenance at its beneficiation plant. Production was expected to normalise for the remainder of the financial year, said Anglo.

Gerald Group to ship 707,000 tons of iron ore from Marampa after deal with Sierra Leone