BUSHVELD Minerals CEO Fortune Mojapelo said the vanadium producer had “turned the corner” after a difficult 18 to 24 months of undershooting production promises.

“We have had three solid quarters of production and we are getting a better time in the vanadium market in a way that supports primary producers,” Mojapelo said following presentation for the Johannesburg firm’s operational update for the year.

The company has targeted production of 4,200 to 4,400 metric tons of vanadium for the current financial year which compares to production of 3,592 tons in 2021. The increase was owing to the commissioning in the second quarter of kiln 3 at the firm’s Vanchem facilities in the North West province of South Africa.

Despite the projected year-on-year increase in production, Mojapelo said there was a chance that Bushveld could exceed its targets, but he didn’t want to bake that expectation into guidance so early in the year.

“There is a certain level of conservatism in the way we have set our guidance and there are opportunities to improve,” he said. “But until we’ve got those improvements in for 90 days it would be foolish to put this into guidance.”

Last year’s production was below expectations owing to Covid-19 interruptions, labour disruption and maintenance of the firm’s Vametco facilities. The company reported a $1.50 per share loss for the six months ended June 30 owing to the disruption and exacerbated by a firming of the rand against the dollar.

While Bushveld is yet to report is full year numbers, it disclosed on Thursday cash of $15m as of December 31 representing a cash outflow of $10m. This was owing to amortising a $1.4m loan, the retirement of a convertible debt structure, and the final payment of $2.2m of deferred consideration relating to the 2019 purchase of Vanchem from Duferco.

But Mojapelo was bullish on the outcome for the vanadium price which is largely driven by the steel industry where it’s used as a hardening agent. “The steel sector is the anchor. I was pleased to see new steel capacity commissioned in the US. China will also continue to hold its own despite issues with the property sector which will be temporary,” he said.

There was also “growing momentum” vanadium in the energy storage industry.

Bushveld Minerals has made several strategic investments in ‘long duration’ battery technology developers in the hope that the sector provides an alternative market for vanadium products. “It is becoming a common term when talking about energy storage,” he said of long duration batteries. 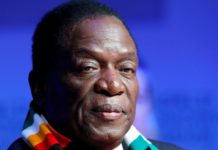 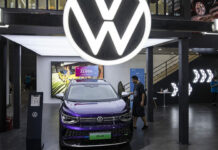 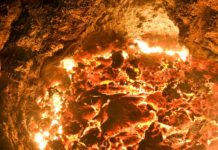