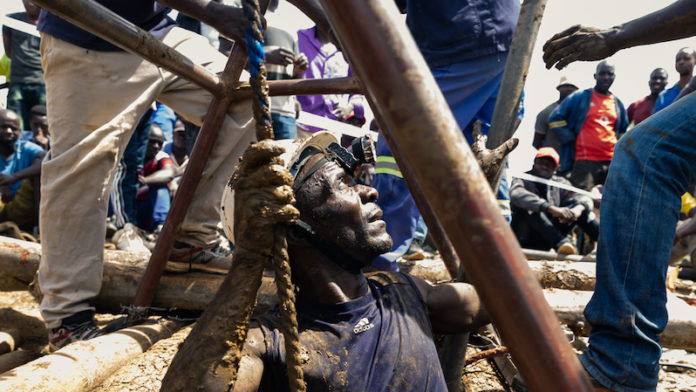 SOUTH African police say there has been a surge in illegal mining since the country eased lockdown regulations, according to a report by EyeWitness News (EWN).

The comment was made after three suspects were arrested for illegal mining in Limpopo province. The trio – aged between 28 and 38 – were apprehended on Sunday night for allegedly mining chrome outside the Lebowakgomo area, said EWN.

The police’s Moatshe Ngoepe said the suspects were arrested following a tip-off by members of the community.

“During the arrest, we have managed to recover various items including chisels and electric cords,” said Ngoepe. “The acting Limpopo police commissioner has applauded these members for their endless efforts.”

Ngoepe said the three were expected to appear in the Sekhukhune Magistrate Court on Tuesday.

About 14,000, people are currently estimated to be involved in illegal mining, according to the Minerals Council South Africa. These miners enter mostly abandoned shafts, travelling as far as 4km underground, it said.

An estimated 70% of all arrested illegal miners are undocumented foreign nationals and predominantly from Lesotho. The estimated commercial value of illegal mining, and illicit dealings in precious metals and diamonds, is R7bn, the council said.

Sibanye-Stillwater arrested nearly 1,400 illegal miners at its South African gold shafts in 2017. It spent R600m that year and 2018 on “… access and biometric controls at the entry points to its gold mines,” according to a report by Reuters.