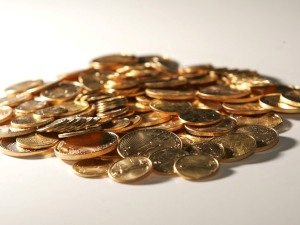 THE strike at the platinum mines, now in its thirteenth week, will cause the price of the metal to start recovering soon.

But it will take four to five months after the strike ends before the three major platinum giants, Amplats, Implats and Lonmin, start producing normal volumes of the metal for delivery to the market again.

This will have a huge impact on the demand for platinum, several analysts predicted last week, after indications that the long strike is nearing its end.

Implats marketing CEO Derek Engelbrecht said the impact of the strike will certainly be noticeable in the price movements of the metal in May, because the stockpiled quantities and small amounts that the three producers were able to deliver to their customers during the strike will be completely exhausted at the end of this month.

“We all knew there was a strike coming, and so we hoarded up the metal in advance. This is now exhausted. We started cutting our supplies of platinum to our customers from 1 May. We simply do not have enough metal for everyone,’ Engelbrecht said.

However, he says the full impact on market movements will only be noticeable by the end of July, and definitely in August.

If the strike continues another two weeks, it would mean the mines have lost 114 days of production. That’s a production backlog of 1,14 million ounces of platinum that cannot be made up.

After the strike, the more than 70 000 workers first have to undergo medical tests and heat acclimatisation before they are allowed to work underground. “With so many workers, that will be a massive logistical task,’ Engelbrecht said.

New companies will therefore have to be found and contracts must be negotiated with them before the shafts can return to full production.

An optimistic estimate is that this process could take about three weeks, but it could easily be twice as long before everybody is back at work underground. At the earliest, therefore, the shafts will only be fully operational in the second half of June, but this could easily stretch to late in July.

In addition to the stockpiled supplies that are now depleted, the three companies also produced metal during the course of the strike by keeping production going with the small numbers of staff who were not on strike.

They used ore and partially processed material in the “pipeline’ for this – material in the process between being ore in the mine and becoming refined metal. Material for six to eight weeks of normal production is caught up in this pipeline.

However, the pipeline is also exhausted now, and it will have to be filled with new ore when the mines start working again. That will add another six to eight weeks before the three companies have metal available that can be delivered to the market. This will be well into August or even September.

Lonmin said three weeks ago that its stockpiles were exhausted, but it was buying metal from other sources to supply of its customers. Amplats had the largest stockpiles, but presumably sold some of it on the spot market, so that all three could keep their customers happy.

Observers were surprised when the platinum price fell sharply over the Easter weekend in response to a new offer by the platinum companies to Amcu which could end the strike. The price has still not recovered fully to its pre-strike levels.

Stanlib platinum analyst Kobus Nell points out that the price band from before the strike to now is virtually unchanged. He and Walter de Wet, head of Standard Bank’s resources division, both expect the price to fall back again when an agreement is reached with Amcu. However, the price will start rising when the full impact of the strike hits the market.

Analysts expect Implats to close at least one shaft in Rustenburg in the coming months. It’s also expected that Amplats will definitely do a review of its assets again, which could also lead to the closure of one or two shafts.

“The full impact will only be noticeable in July and August,’ Engelbrecht said.