This is despite publication last year of a hydrogen roadmap by the government aimed at plotting the direction of the sector. The roadmap envisages the development of a hydrogen energy industry as a major catalyst for job creation.

Viljoen’s comments, made at the Hydrogen Economy conference in Johannesburg, were pointed specifically to the “tension” between hydrogen generation and the migration from fossil fuel production or “just transition”.

Said Viljoen: “Even though there is a clear hydrogen roadmap I’m not sure there is clear political support. It’s that tension about achieving just transition and how we move into the renewable space”.

The roadmap, offically launched by Minister of Higher Education, Science and Innovation Blade Nzimande in February, identified nine programmes as South Africa chases a 2050 target for a competitive hydrogen economy.

It followed the launch of the ‘Hydrogen Valley Feasibility Report” last year by Nzimande’s department which was also backed by Amplats, Bambili Energy, and energy and services company ENGIE.

A Hydrogen Valley is a term describing development of a hydrogen powered industrial cluster starting in the Limpopo province’s Mokopane, near Amplats’s Mototolo mine, and extending through an industrial and commercial corridor to Johannesburg and Durban.

“We’ve seen government come to the table in terms of self-generation and IPPs (independent power producers). There is policy set to enable that but the challenge is how do we step into execution … We have to differentiate between politics and the technical solutions to allow us to do this,” Viljoen said.

“We have got to seriously think about what their [the government’s] role is in this. The private sector is picking up more and more of what the government is doing,” Viljoen said.

Viljoen’s comments represent a departure for her company which has generally kept private its views on discussions with government on issues like just transition, business climate and rising unemployment.

Citing the Limpopo province, Viljoen said there was 74% unemployment of 18 to 24 year olds, equal to about 250,000 people against which the Mototolo mine employs 3,500. “We can enable only a certain amount in the mining sector. Collaboration with government is the key enabler,” she said.

“There is no shortage of [private sector] money. Everyone I talk to says we don’t have the bankable feasibility projects. Our government’s role is how can it unlock and enable this huge growth potential. Corruption and crime is a real challenge.” 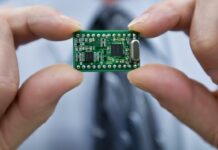 Reduced Russia, scrap supply not enough to halt increase in platinum surplus for 2022