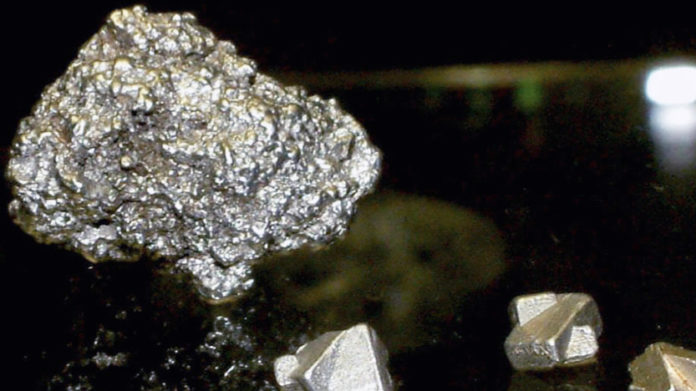 SYLVANIA Platinum declared an eight British pence per share dividend for its 2022 financial year despite a disappointing performance party owing to a 23% decrease in the average platinum group metal (PGM) basket price.

The company suffered the effects of lower PGM feed grades as a result of a significant increase in open cast run-of-mine sources during the year, among other challenges. Nonetheless, CEO Jaco Prinsloo has targeted production in the current year of between 68,000 to 70,000 oz.

Prinsloo said that while the market would remain volatile he was heartened by “an uptick” in the chrome price. Sylvania treats chrome surface tailings extracting PGMs for itself and selling back chrome material to the surface dumps owner.

Said Prinsloo on the outlook: “The impact of higher global cost inflation is inevitable, and we continue to maintain prudent cash management with disciplined capital allocation and control as well as production cost control”.

Sylvania ended the year with a cash balance of $121.3m and no debt or pipeline financing. It bought back 6.59 million shares for about $7.1m during the year under review. The shares were purchased at an average price of 85.93 pence per share.

Shares in Sylvania are currently trading at 85.01p/share, an increase on the day of nearly 5%. On a 12-month basis, the stock is 16.5% weaker – largely in line with the performance of PGM majors such as Impala Platinum and Anglo American Platinum which are 2% and 22% weaker respectively over the same period.

Commenting on the prospect of production growth, Prinsloo said Sylvania had “concluded various studies … and continues to engage with respective host mines on an exclusive basis in order to progress towards successful collaborations”.