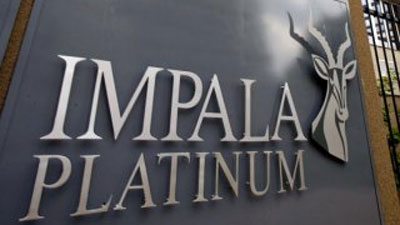 A COMPETITION Commission inquiry into the proposed takeover of Royal Bafokeng Platinum (RBPlat) by Impala Platinum (Implats) would not be completed by November 3, Implats said in an update today.

It added however that its latest long-stop date of November 22, by which time its offer for RBPlat would close, was “still achieveable”.

“Once Implats has more certainty on the Competition approval process, Implats will make further announcements regarding the important dates and times for the offer,” it said. The company could extend the closing date for the offer further. Implats has already extended the offer on three previous occasions.

In September, the Competition Appeal Court granted Northam Platinum Holdings latitude to argue at a Competition Tribunal hearing that the combination of Implats and RBPlat stymied the ambitions of junior platinum group metal (PGM) miners, and that it represented anti-competitive behaviour in the confines of the southern African market.

Northam owns just under 35% of RBPlat having acquired in November the stake held by Royal Bafokeng Holdings. Northam also has options to take its RBPlat holding higher which would then require it to make a rival takeover offer to that of Implats.

Northam Platinum CEO, Paul Dunne said previously he wanted to control RBPlat but has been cryptic on how this might happen, saying that there “… are a number of potential outcomes other than the obvious”.

The government-owned Public Investment Corporation (PIC) is the kingmaker in respect of RBPlat because it hasn’t decided whether it will vend its shares in RBPlat – standing at just over 9% – into Implats’ offer.

“Our bid for RBPlat is providing a floor to the RBPlat share price,” said Muller in an interview with Miningmx. He added that the PIC risked significant value loss if it allowed the Implats offer to close without supporting the bid.