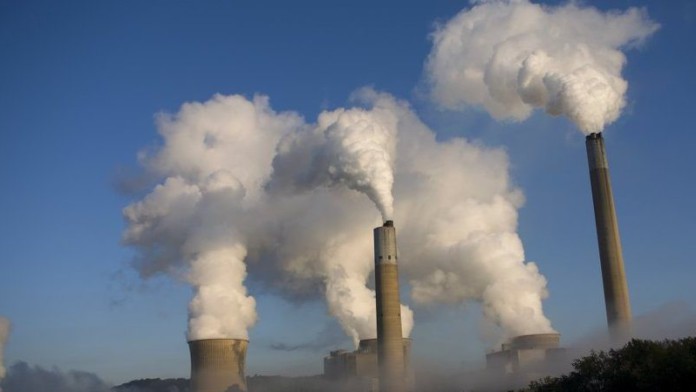 BUOYED by a landmark judgment that halted the construction of a new coal-fired power station in Limpopo earlier this year, the Centre for Environmental Rights (CER) has made good on plans to up the ante in its campaign to get government to consider the full impact of new projects is considered when environmental approvals are granted.

It today, for instance, set the ball rolling on two new court applications in the High Court challenging the authorisation of two proposed independent power producer (IPP) coal-fired power stations – KiPower and Khanyisa – which the CER says are without a full assessment of the plants’ climate change impacts.

Earlier this year, in the Thabametsi power station case, the CER succeeded in forcing the Minister of Environmental Affairs to consider the climate change impact of the station, which is planned for the Waterberg area. “Out of all the problems with coal, climate change is the least immediate one; there are so many more immediate health impacts. But this was an incredibly important judgment, saying you can’t actually authorize things without considering it properly,” said Melissa Fourie, executive director of the CER.

In June, the CER similarly managed to halt Atha-Africa’s planned coal mine in the Mabola Protected Environment near Wakkerstroom in Mpumalanga, one of 21 strategic water source areas in the country.

While coal and mining are not the CER’s only focus areas, its Life after Coal campaign with Earthlife Africa Johannesburg and groundWork, which aims to discourage investment in new coal-fired power stations and mines and accelerate the closure of existing coal infrastructure, is a major driving force.

“If you work against coal, you click a stack of environmental boxes – from water and soil pollution and food and water security to ecosystems and the impact on communities, all the way to climate change – which is why it is such an important battle,” said Fourie. “Coal-fired power stations only make sense because you’re not taking into account any of the externalities. One of the things we’re working towards is to make sure the impacts on health, the climate, water and soil are being considered.”

Inundated with requests for help, the CER “tries to be very strategic” in the cases that they take on, said Fourie. “We pick cases that we can win; cases that we think can change the system.”

In addition to taking on legal battles, the CER has been lobbying local banks to halt funding of coal mines and coal-fired power stations, and launched its annual Full Disclosure publication in 2015 to highlight environmental transgressions and the lack of transparency by JSE-listed companies that have significant environmental impacts. This has already led to increased shareholder activism, another area the CER is working to expand, and improved transparency by a number of the companies featured.

Fourie, whose career includes a stint at the Green Scorpions, is a lawyer who holds an MSc in environment and development from the London School of Economics. She appreciates the importance and need for a mining industry, but warns that, given the “… devastating impact of mining activities on the environment and affected communities”, it should be tightly regulated. “The real cost of mining must be reflected and there must be strict regulations, otherwise those costs are merely transferred to the state.”

One challenge is the lack of environmental inspections by the Department of Mineral Resources (DMR), said Fourie. “As far as we can tell, the DMR is doing zero to no compliance monitoring and enforcement. They don’t publish their results; they don’t tell anyone what they’re doing. They don’t act on transgressions we report to them. You can say look, this is okay for the mining companies; they’re being left alone. But it’s not. At some point this will change, and they’re not going to be prepared. You need a predictable, regular compliance monitoring regime.”

The DMR did not respond to requests for comment.

Another major concern is the lack of financial provisions for mine rehabilitation, with government ultimately left to pay for the environmental impact of derelict mines, which total an estimated 6,000.

“The reality is that if you ask for proper financial provision upfront, it changes the economics of the project,” said Fourie. “The process around provisions needs to be much more transparent, much more rigorous, and it must be peer-reviewed. You can’t just go ahead and say it will cost R5m to rehabilitate the mine, and that simply gets approved.”