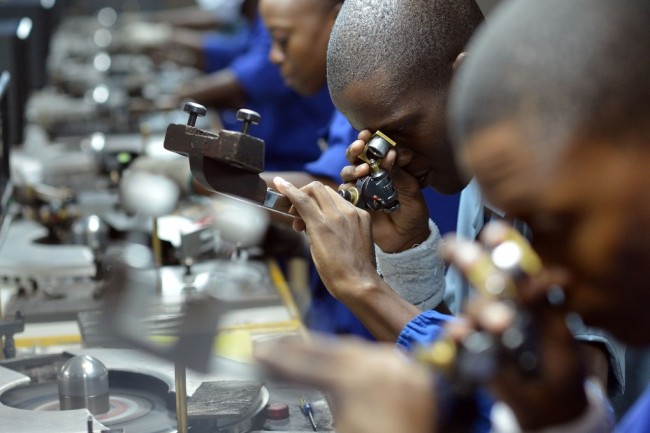 THE diamond market had seen a structural change where the “long-predicted supply squeeze is being reflected over all the diamond categories”, according to Petra CEO Richard Duffy.

He told analysts at an Investor Day presentation held in London on Tuesday that currently there was a “very strong demand pull into an inventory pipeline where inventories are largely depleted and the ability of suppliers to provide inventory to the market is very low”.

“This is important because it is a structural change – not a bubble or a blip – and it is supported by supply/demand fundamentals. This suggests we will have a robust and supportive market going forward.”

Turning to the world’s major diamond producers Duffy pointed out Australia was now effectively “out of the picture” following the closure of the Argyle mine while Canada now had “fewer mines with shorter lives” which were still in production.

“That leaves Africa and Russia as the major producers but it is worth noting that a number of the large producers that are open-pit operations are either already transitioning to underground or will have to transition to underground which introduces additional risk.

“We have also seen very reduced exploration spend for more than 12 years with the latest numbers being very Canada-focussed. With $274m spent on global diamond exploration in 2020 – of which $64m was spent on grassroots exploration mostly in Canada – that suggests the chances of a new, significant kimberlite pipe being discovered and brought into production over the next decade is quite remote.”

Duffy quoted from a report by the Antwerp World Diamond Centre and consultancy Bain that global diamond production growth will “likely stay at 1% to 2% per year during the next half-decade”.

This situation appears to be the reason why Petra has maintained some exposure to the Williamson mine in Tanzania instead of divesting completely. In December, Petra signed a punitive agreement with the Tanzanian government reducing its equity stake from 75% to 63% while the Tanzanian government’s stake was increased from 25% to 37% at no cost.

Petra also agreed to other adverse measures including an “economic benefit sharing ratio” on future operations at the Williamson mine of 55% to the Tanzanian government and 45% to Petra as well as pay $20m to the government to settle “long-standing, historic disputes”.

Petra subsequently did another deal with Tanzanian-owned mining contractor Caspian to bring its equity stake in Williamson down to 31.5% plus one share.

Duffy said yesterday that “it is an operation with a significant resource and that is the key reason we entered into an MOU (memorandum of understanding) that provided us with exposure to that potential upside but also allowed us to de-risk our position in Tanzania”.

The Williamson mine is an open pit operation currently exploiting an initial 46.5 million tons (Mt) of ore in terms of its mine plan through to 2030. Duffy put up a graphic showing there was a further 112Mt of ore that could be mined below this initial operation down to the top of a geological feature called the Granite Breccia which did not contain diamonds.

However,  there was a further “resource potential” of 400Mt of ore below the Granite Breccia belt down to a depth of 600m which could be mined by going underground.

“We felt there was an opportunity to potentially benefit from exposure to the upside of that large resource off a lower risk base. But we are some way off looking at growing any business at Williamson.

“The next step is to optimise the mine and get it back up to full production. In our guidance (through to FY 2025) we have only provided for sustaining capital at Williamson”.