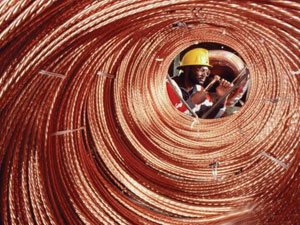 [miningmx.com] – IVANPLATS said it would not be affected by a decree
reportedly signed by two minister of the Democratic Republic of Congo prohibiting
exports of copper concentrate.

It was reported that mining companies operating in the Congo would be required to
add value to concentrates through further processing within three months.

The Toronto-listed mining company said its Kamoa project included building of the
Congo’s first smelter which would produce an upgraded product other than
concentrate, as well as sulphuric acid.

The Congo’s mining code permits the export of concentrate if the export can be shown
to be beneficial to the country, and also with the payment of applicable taxes to the
government, IvanPlats added.

The Kamoa project, which is expected to cost as much as $2bn to build and could have
nameplate capacity of 20 million tonnes of copper a year, was about three years from
producing its first copper concentrate, IvanPlats said.

However, the company would be seeking clarification of the reported decree.
“Ivanplats will seek clarification of the comments attributed to the DRC’s Mines
Minister, Martin Kabwelulu, in which the minister reportedly stated that mining
companies will be required to add value to concentrates through further processing
within three months,” the company said in a statement.

Sibanye-Stillwater to buy nickel processing in France for R1.1bn in battery metals push