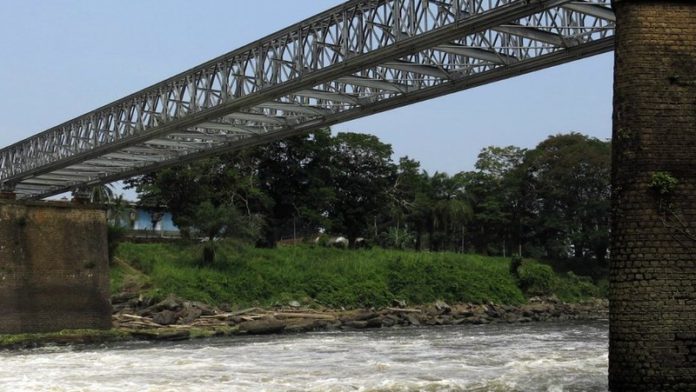 A BRIDGE used to export all concentrates and import consumables in the Democratic Republic of Congo (DRC) had collapsed, said Alphamin Resources, a Toronto- and Johannesburg-listed firm.

Alphamin is building Bisie, a tin mine in the DRC’s North Kivu province. The bridge, described by the firm as “major”, was situated 53 kilometres from Kisangani. “The extent of the damage and potential time to repair the bridge is currently unknown,” it said.

“We are investigating the most cost effective logistical alternatives with the aim of maintaining full production and limiting the impact on our revenue cycle whilst the bridge is being repaired,” it said in a statement to the Johannesburg Stock Exchange. “The market will be kept appraised of future developments.”

Shares in Alphamin fell about a third on October 30. It is currently trading at its lowest ever level as it edges towards conclusion of a 12-month period of bumps and bruises.

The company said in January it had commissioned the front-end crushing circuit of Bisie and was on track to commission the process plant by end-March. However, by March it announced it would have to raise $12m after identifying a working capital shortfall of $9m related to a change in the mining method at the project.

The initial mining plan was for production of 9,600 tonnes of tin-in-concentrate annually over an initial life-of-mine of 12.5 years.

In August, the company said Maritz Smith would become CEO of Alphamin following the resignation of Boris Kamstra who will stay on at the company in a different capacity.