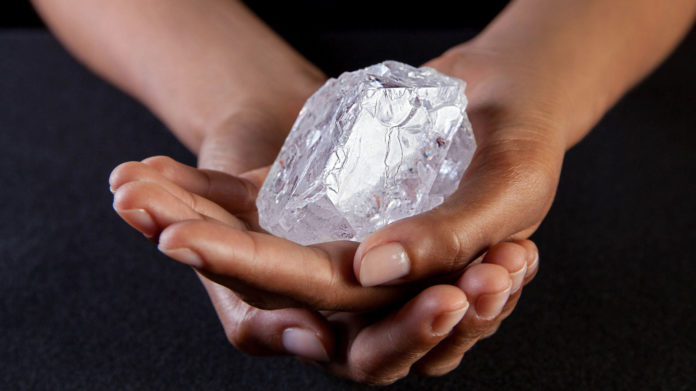 The Botswana miner signed a supply agreement to provide diamonds in which it and HB Antwerp would share in the proceeds of the polished diamond. Normally, diamond producer revenue is after selling unpolished diamonds.

Lucara Diamonds CEO, Eira Thomas, said previously she hoped the agreement would result in predictable revenue and a better price for its high value goods.

Asked during the firm’s third quarter results presentation about whether a renewal of the sale agreement was on the cards, Thomas replied: “We want to see more data points to get comfortable. Ask us the same question in the fourth quarter.

“For now, we are very encouraged.”

According to a third quarter presentation slide, Lucara booked 32% of total year-to-date revenue of $83m from its HB Antwerp channel – stones greater than 10.8 carats (cts) – even though these goods represented 2.4% of 268,101 cts in total volume. Lucara said the average sales price for such stones was $4,149 per ct compared to Lucara’s overall average price of $309/ct.

Lucara mines Karowe, a mine situated in Botswana’s north east, just south of De Beers’ famously prolific Orapa mine. Karowe was commissioned in 2012.

Thomas added that is year-to-date sales numbers did not include several large, high value stones set to be concluded in the fourth quarter. They almost certainly exclude a 998 ct item recently recovered which rivals some of Lucara’s largest ever diamond recoveries including the 1,111 ct Lesedi la Rona diamond. In April 2019, Lucara discovered the Sewelô diamond which at 1,758 cts is the third largest diamond ever found.

In addition to the sales channel through HB Group, Lucara also sells lower value diamonds through its online platform, Clara, as well as via traditional tender. Sales through the latter are on the rise again after the Botswana government relaxed border regulations amid a general easing in the Covid-19 infection rate.

Lucara hoped to extend the life of its open pit section at Karowe following the delay to an underground expansion, said John Armstrong, head of technical services at Lucara. “We want to avoid a short-fall,” said Armstrong who added that the company could rely on processing of stockpiles.

The company cut spending on the underground expansion project to $22m this year from a $53m budget previously. The project is estimated to require $518m in total capital spend.