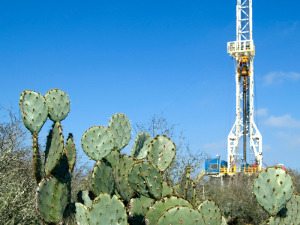 [miningmx.com] – THE exploration of shale gas and the construction of a third coal-fired power station are on the cards as South Africa seeks a solution to its country’s energy constraints.

Briefing journalists on the outcome of last week’s cabinet lekgotla, Trade and Industry Minister Rob Davies told parliament this morning that shale gas and a third coal-fired power station (Coal 3) – in addition to the erection of Medupi and Kusile – could be potential game changers for South Africa.

Cabinet wants to authorise the exploration of shale gas before next year’s elections, Davies said. The funding of Coal 3 is still being discussed, but there has been no definite plans on when construction should start.

During the three day lekgotla, held from 13 to 15 August, Cabinet considered the state of the global and local economy. “One of the domestic factors that are a constraint to economic growth is the tight electricity situation and it’s something that demands immediate attention.’

Davies said the “fortunes’ of the United States turned around on the basis of the discovery of shale gas and the same could be the case in South Africa. “If we implement this (the exploration of shale gas) without the necessary delay it could become a game changer in our fortunes.’

He estimated that the recently discovered gas fields of northern Mozambique has about a 100 trillion cubic metres of gas. “It is suggested that the shale gas deposits in South Africa could be multiples of the Mozambique level.’

Pressed during question time about the desirability of yet another coal-fired power station against the background of carbon taxation proposed by National Treasury, Davies said South Africa doesn’t have any other option, but to build another coal-fired electricity generator.

“We never said coal is off the table,’ Davies replied. “In the Integrated Resource Plan (IRP) we clearly say coal is still part of the future.’

According to the IRP, which maps out the provision of electricity to the country, coal-fired power stations should contribute 15% to the total energy mix, while nuclear energy should account for 23%. However, plans for the nuclear building programme have yet to be finalised, let alone implemented.

Davies denied that the nuclear programme is off the table. “We’re not saying because we’ve highlighted a few other energy issues certain things are off the table. The IRP remains in force and other matters need to receive attention as well.’

He also defended the delays at the construction of Medupi, saying it is a “massive power station’ that demands continuous problem solving.

The estimated R105bn construction was initially scheduled to start delivering electricity in April 2011, Business Day reported. Eskom now expects it to start generating power from the middle of next year.

“Medupi is not a small thing,’ Davies said today. “In the course of this administration (under President Jacob Zuma) we’ve added to the (electricity) grid what’s produced at Koeberg, but Medupi is a much bigger generator.

“There is problem solving going on. It’s not falling apart and the overall picture is not that everything is behind schedule.’Trade and Industry Minister Rob Davies told parliament this morning.