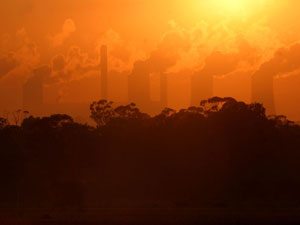 [miningmx.com] – FOR all the problems attached to Eskom these days, thermal coal supply to the utility is still considered a good business proposition. That’s a view partly based on the fact Eskom is willing to pay better prices than in the past for thermal coal supplied to it owing to the competition provided by offshore buyers, such as the Indian utilities.

For a different take on power generation, however, there are some listed shares with exposure to African regions without the policy-related complications of South Africa.

For instance, Mozambique’s GDP is growing at about 8% and requires an estimated 2,000MW to effectively fuel this growth, a region that doesn’t offer nearly as many regulatory blockers, or red tape.

AIM-listed Ncondezi Coal Company is hoping to build a 300MW power plant near its Ncondezi mine in Mozambique’s Tete province. Ultimately, a 1,800MW power station is planned at a cost of $2.25bn with the 10 million tonne/year (Mtpa) mine costing $627m. It’s ambitious, but the theme running through companies like Ncondezi Coal is their correlation to GDP growth.

Provision of electricity has got to be a key constituent in Africa’s story if you believe it will become the next economic powerhouse as countless analysts are prepared to say.

In Botswana, there’s Hodges Resources. Listed on the Australian Stock Exchange, Hodges is hoping to become a partner to the Botswana government which has tenders out on two 300MW power stations. Hodges is building Morupule South, a 5Mtpa mine that could cost up to $200m depending on how it’s developed.

According to Mark Major, MD of Hodges Resources, there’s a 6,000MW deficit in regional power generation that needs to be plugged, and thinks Botswana can play an integral part in its provision.

Outside of the usual coal and energy options on the JSE, such as Coal of Africa, Resource Generation, and Firestone Energy, there’s the much less known Kibo Mining.

Headed by Louis Coetzee, who was once responsible for business development at Great Basin Gold before leaving in 2009, Kibo Mining recently won support from the Tanzanian government for its $500m to $700m Rukwa coal project. Rukwa, in south-eastern Tanzania is prospective for other players too. Edenville Energy is another AIM hopeful digging for coal there.

Again a 300MW power plant is attached to Kibo Mining’s portion of Rukwa, a typical model in Africa owing to the scarcity of infrastructure that makes exports a difficulty. According to Coetzee, Tanzania’s GDP is only held back from double-digit growth by the dearth of energy.

“It’s the single-biggest factor holding the country back,’ says Coetzee who has operated in Tanzania for about 17 years. Unlike Government which has been sold to open up the grid to private companies, Tanzania has taken active steps to privatise the electricity generation sector.

Coetzee says the plan for Kibo Mining, however, is to spin the project out of the company, or sell it. “The funding profile for an exploration company is very different to an operator,’ says Coetzee. As such, Kibo Mining is not normal fare for mining investment options on the JSE where there are very few exploration plays.

The latest development for Kibo is a crucial one in which the Tanzanian government has incorporated its plans into its own strategic plan. That helps pave the way for access to infrastructure, and removes some political risk.

Next on the agenda for Kibo, is a development partner. “We’re actively looking for one,’ says Coetzee who adds that Asian end-users are likely targets. “Potential partners were in the past reserved because we didn’t have government support,’ he says.

Kibo Mining, the board of which looks like it has a wiley criss-cross of African exploration expertise (including three lawyers), also holds gold and nickel prospects – all of them in Tanzania.