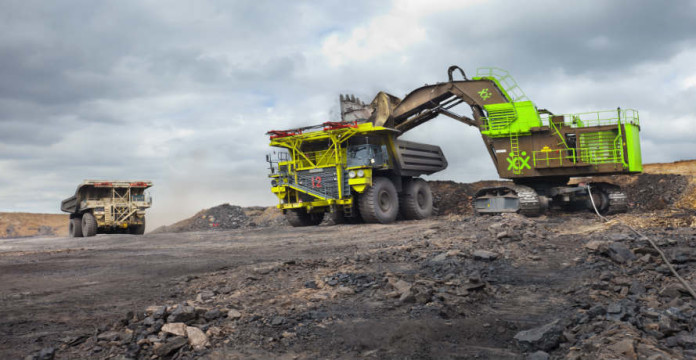 EXXARO Resources said it would report an increase in interim earnings before interest, tax, depreciation and amortisation (EBITDA) ended June 30 between 12% and 18% owing to record export volumes and a weaker exchange rate.

Commenting in a trading update today, the coal producer said its operations had been “resilient” despite challenging operating conditions. Commercial coal revenue “… was supported by record coal export volumes, albeit at lower US dollar prices, but benefiting from a weaker exchange rate,” the company said.

Operating costs were negatively impacted by some inflationary pressure, additional distribution costs related to higher export volumes and higher buy-in costs for coal, but partially offset by the positive impact of the higher discount rates used in rehabilitation provisions and foreign exchange gains, the company said.

Headline earnings per share for the six month period were expected to decrease between 34% and 18% year-on-year. This was due to the accounting of non-controlling interest for the outside shareholders of Eyesizwe RF Proprietary Limited from November 1.

Exxaro is due to report its interim numbers on Thursday.

Exxaro said in June that sales to Eskom for the interim period were expected to drop 8% in as supply agreements at the ECC and Leeupan collieries were still being negotiated.

Lower Eskom sales would be offset by higher off-take from the Grootegeluk mine which supplies Eskom’s Matimba and Kusile power stations.

Coal off-take from Matimba and Medupi was “… currently in line with contractual volumes”  despite Eskom’s declaration of force majeure in April to which Exxaro objected strongly, said Riaan Koppeschaar, Exxaro’s finance director in June. “Eskom and Exxaro are still engaging on this matter,” he said.

In his comments, Koppeschaar said the group was expecting a deeper recession in 2020 than happened in 2008/2009, but he added: “In addition to the operational measures implemented by us to combat the spread of the virus, further downside scenarios have been used to stress test our solvency and liquidity position”.