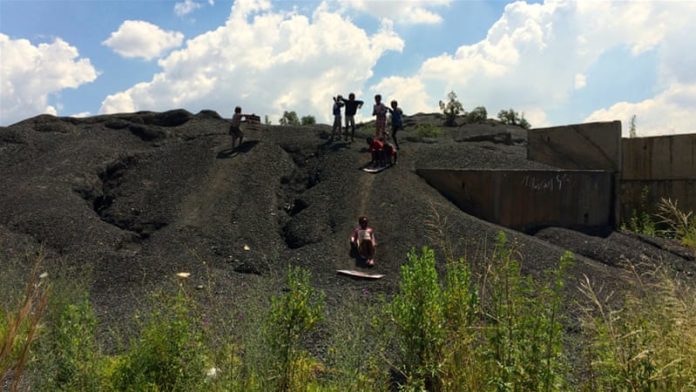 GWEDE Mantashe, South Africa’s mines minister, offered a stark choice to the KwaZulu-Natal community affected by the proposed expansion of Tendele Coal’s Somkhele mine, saying it should either accept compensation for relocating, or face the prospect the mine will close.

“We have sent a team that has engaged the community there,” he said in a response to a Miningmx question following his keynote address to the Junior Indaba, an online conference. “A part of that community has agreed to move, of course being compensated by the company. There are families that resist that and have basically asked a certain price that we will not announce here, but which is very difficult to meet,” he said.

“Our view is that the community has a responsibility to prove an assessment of which benefit: will it benefit them to move and get alternative areas with the company compensating them for the movement, or close the mine because that is the option”.

Mantashe added that mining companies “… can only do as much as they are able to generate revenue. It’s not that we are going to intervene. We have a team working there already. That’s it”.

The matter grabbed public attention following the killing last month of Fikile Ntshangase, an activist who opposed the expansion. Environmental attorneys are also opposing Tendele Coal’s proposed expansion on the grounds that the expansion area is not correctly permitted in terms of the National Environment Management Act.

The expansion areas are situated away from Tendele’s current operations, the nearest pit of which is just 500 metres from the iMfolozi river, itself 4.7 kilometres from the confluence of the White iMfolozi and the Black iMfolozi.

Activists also argue that in refusing to sanction any compensation to families until all affected have agreed, Tendele Coal has turned the community against itself.

Tendele Coal’s counter-argument is that economic benefits will be lost if the mine is forced to close because it can’t expand.

Already 400 employees at Somkhele have been retrenched after Tendele Coal cut production to 47% of capacity in September. Were it to remain open, around 1,600 direct jobs would be preserved; thousands of other jobs held through local businesses providing services to the mine would also be saved. There are also social benefits that come from mine infrastructure, said Tendele Coal.