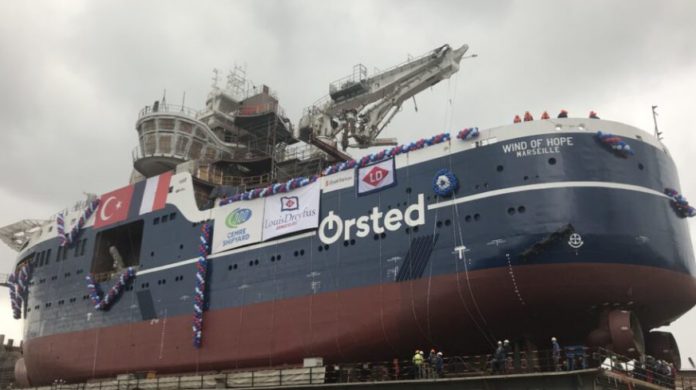 GLENCORE said today it had completed the acquisition of the liquefied natural gas (LNG) business of Orsted A/S, roughly a year after first announcing its intention to do so.

The Swiss commodities miner and marketing firm will take over a number of contracts including the right to use three billion cubic metres (bcm) of annual LNG re-gasification capacity at the Gate terminal in Rotterdam until 2031, as well as a number of LNG supply contracts, it said.

The transaction also involves a payment from Orsted to Glencore, the group said without providing additional details.

“We are pleased to complete the acquisition of Orsted’s LNG portfolio. We are increasingly focusing on the LNG business as a key part of our oil division strategy and the Orsted transaction represents an important milestone in that journey,” said Alex Sanna, head of marketing at Glencore Oil.

“We see good opportunities in the market place and we are excited to continue to grow our LNG marketing portfolio,” he said.

Glencore is due to provide an investor update on December 4 in which it may provide further details of other potential transactions that may be in the works.

It was reported on August 30 that Glencore may sell its entire 73.1% stake in Zambia’s Mopani Copper Mines to the government. The buyer would be ZCCM-IH, Zambia’s state-owned mining company which has a stake in Mopani along with First Quantum Minerals, the Canadian miner.

Investors may also seek clarity on Glencore’s approach to dividend payments. It held the interim dividend in August after reporting $3.2bn in impairments.