THUNGELA Resources said it had signed a three-year wage agreement with the National Union of Mineworkers (NUM), the majority union at its mines, locking in an average 6% wage lift over the period.

The agreement excludes the firm’s Mafube mine which runs an independent negotiation process. The agreement is effective from June and ends May 2025, Thungela said in an announcement on Tuesday.

The thermal coal producer also agreed to review and amend the firm’s employee trust held in the SACO Employee Partnership Plan Trust (EPP) in such a way that awards made to the EPP are paid in the same financial year in which they are declared.

In effect, Thungela is hoping to ensure its employees benefit in the here and now for the bonanza increase in the thermal coal price. Thermal coal prices as quoted in Newcastle, Australia are up about 150% year-on-year.

Normally, the proceeds of the EPP vest over a three year period.

“We are very pleased to have reached an agreement with our employees and I thank the NUM for their collaboration and constructive engagement during the wage negotiation process,” said July Ndlovu, CEO of Thungela.

“We’d expect the lower band to have been increased by more than 6%,” said RMB Morgan Stanley in a note to clients. The employee trust holds “some extraordinary dividends,” the bank added in its analysis of the wage agreement and promise to amend the trust.

“Overall this is a good outcome. We were concerned about wage cost inflation in the context of the extraordinary price environment. We’d felt that large ex-gracia payments would contribute to well-above inflation wage increases.

The catalyst for the improvement in thermal coal prices was Russia’s invasion of Ukraine which has led to a cut in Russian gas supplies to Europe. 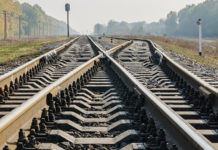