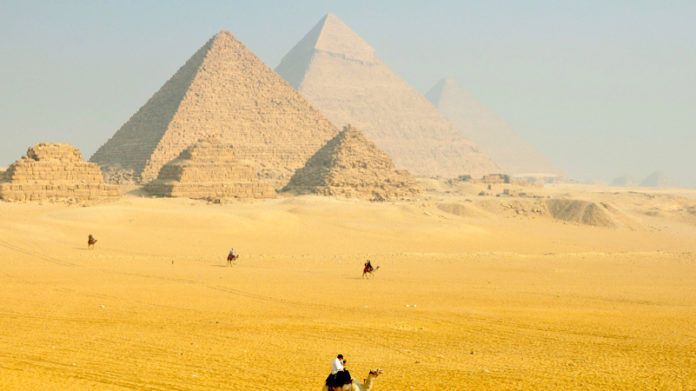 CENTAMIN had bid for mineral concessions in Egypt as it sought to broaden its exploration footprint in the North African country, said CEO Martin Horgan during a third quarter investor call today.

He also said his company would form a better opinion of potential growth prospects in Côte d’Ivoire at Doporo and Batie West in Burkina Faso “this side of Christmas”.

In March, Egypt put 56,000 square kilometres of exploration concessions under the hammer as part of an effort to modernise its resources sector. It expected to attract about $1bn in investment in the Eastern Desert concessions of the state-owned Shalateen Mining Company.

“If we found ounces that we could bring to our mill, that would be NPV accretive,” said Horgan of the firm’s existing Egyptian operation, the 445,000 ounce a year Sukari mine. Other potential concessions might be able to support a standalone mine, although details were “proprietary”, he said.

Importantly, there was an opportunity to depart from the 50/50 share royalty agreement typical of the oil and gas investment in Egypt that is currently applied to Sukari. Centamin reported interim net income of $74.8m, a 280% increase year-on-year.

There was no prospect of departing from the current 50/50 profit share agreement with the government, said Horgan – adding that the prospect of that discussion had made the firm’s CFO Ross Jerrard ‘wince’.

The question of Centamin’s growth options comes on the back of an life of asset review at Sukari. The mine was once a 500,000 oz/year gold producer, but following a decline in production over the last 18 months, questions have been asked about the quantity and quality of future reserves.

Review details are scheduled for a December 2 presentation to investors. The review has been complicated by ground subsidence in the west wall of Sukari which resulted in a 15% downgrade in production.

Horgan said the review was using 500,000 oz/year as a base case target, but he alluded to potential changes in sustainable production over the longer term. “It might look slightly different,” he said. “There may be smarter ways to mine Sukari, and ways to improve the margin. We might return to 500,000 oz/year; we might not.”

Shares in the company took a major 18% hit today taking losses for the month to nearly a third of its value.

Commenting on the firm’s other West African growth prospects, Horgan said a decision would be made as to whether Batie West was large enough to warrant investment and management time. A mineral reserve statement regarding Doporo would be published latest next quarter.

A mine with an average grade of two grams/ton over an eight to 10 year mine life “would work for us”, said Horgan.