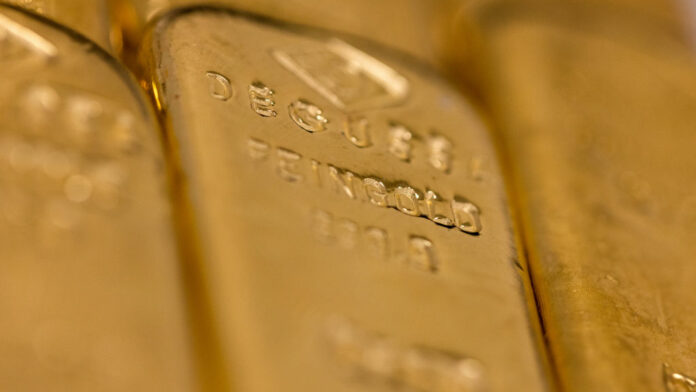 ANGLOGOLD Ashanti and Gold Fields said they had yet to receive a formal directive from Ghana following reports today the country’s vice president had ordered them to sell 20% of the metal they refine in the east African country to its central bank.

“We’ve not yet received the formal directive, but look forward to studying it and engaging with the government once we do,” said AngloGold Ashanti in a statement. Gold Fields said it could not comment “at this stage” as neither it nor the Ghana Chamber of Mines had been notified of the ‘gold for oil’ proposal.

The move is part of measures to operationalise a government plan to use gold to buy oil-products announced on Thursday by Bawumia. It is meant to tackle dwindling foreign currency reserves, the newswire said.

“The Bank of Ghana and the Precious Minerals Marketing Company (PMMC) will coordinate with the large scale mining companies to ensure compliance with this directive,” the vice-president’s post on Facebook on Friday said.

All community mining schemes and licensed small-scale miners will also have to sell their gold to the government through PMMC from the same date onwards. This will be mandated by a clause in their licenses, he said.

“The gold to be purchased by the Bank of Ghana and the PMMC will be in cedis at spot price with no discounts,” Bawumia added.

However, Bank of Ghana Communications Officer Sam Opoku told Reuters he could not confirm or deny whether Bawumia’s order was being considered.

Gold Fields confirmed, however, to having previously agreed with the Bank of Ghana on a gold purchasing programme. In terms of this, the gold miner would sell an agreed amount of gold in Ghana Cedi. “We have commenced with this programme and will in total sell 15,000 ounces to the Bank this year,” said Sven Lunsche, spokesman for Gold Fields. “Next year’s amount is still being finalised with the authorities.”

Ghana is struggling to stem a slide in the cedi, which has dropped 57% this year, making it the world’s worst-performing currency, said Bloomberg News in its report. Bawumia said on Thursday the government was planning to use bullion to buy fuel in an attempt to reduce demand for dollars.

The Bank of Ghana and the government’s marketing arm will buy the gold from companies including Newmont Corp., AngloGold Ashanti Ltd., Gold Fields Ltd. in “cedis at spot price with no discounts,” according to the notice. Ghana is Africa’s second-biggest gold producer.