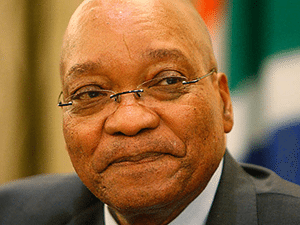 [miningmx.com] – BY now South Africans are used to the appearance and disappearance of draft legislation, especially when the ANC-led government is in election mode.

The mining industry is no stranger to this phenomenon. Take the Mineral and Petroleum Resources Development Act (MPRDA) Amendment Bill for example.

On 26 January it will be exactly a year since President Jacob Zuma refrained from signing the MPRDA bill into law, citing “problems with constitutionality” as one of the reasons for doing so.

Queries about the whereabouts of the MPRDA bill last year remained by and large unanswered, accept some mumblings that ‘parliamentary processes’ halted progress.

After an almost 12 months disappearance from the legislative radar, the bill is likely to re-emerge on the parliamentary agenda, says the DA’s James Lorimer, who represents his party on the portfolio committee of mineral resources.

Mining companies were likely to have had heated discussions around problem areas in the Bill, such as provisions that could discourage investment and erode profitibabiity in the sector at last year’s Mining Phakisa.

But the outcomes (if any) of Mining Phakisa seem to be shrouded in mystery, Lorimer says, and it’s difficult to predict what changes the industry may have expressed.

A positive outcome of revisiting the bill is that the concerns of the oil and gas industry have been largely addressed in the new version that is on its way back. “I believe that sections in the Bill are dealt with and that they’re happy with it,” says Lorimer.

The oil and gas industry will still fall under the MPRDA, as it will be too lengthy of a process to draft a separate bill at this stage, but there has been agreement on the wording of the paragraphs that will govern state participation.

“The 20% free carried interest will go, for example and there will still be a state interest but it will be a more subdued formulation,” says Lorimer.

“Exploration and production costs will be covered before the state starts taking its 20% share in profits. This is much more regular across the world and more acceptable.”

The reappointment of Finance Minister Pravin Gordhan is not only a blessing for the South African economy. It also means the mining industry may be spared an inquisition into the so-called transfer pricing and profit shifting – something mining magnate Bridget Radebe and EFF MP Floyd Shivambu accused the industry of last year during a parliamentary briefing.

One of Moyane’s plans included the beefing up of SARS to deal with base erosion and profit shifting, despite cautions from Ismail Momoniat, deputy director-general at National Treasury, that profit shifting is a “complex issue” because of exchange control applications and the fact that many companies have dual listings in South Africa and elsewhere in the world, which makes the banning of transfer pricing difficult.

Gordhan is seen to be less heavy-handed and more protagonist in his approach towards the mining industry as opposed to his fellow cabinet members in the economic cluster.