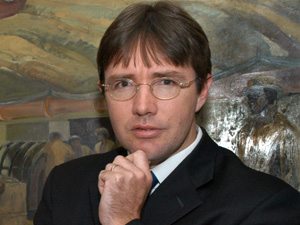 [miningmx.com] – THE line from the mining sector is that it is almost in complete agreement with the South African government on proposals to amend the Minerals & Petroleum Resources Development Act (MPRDA), the sector’s centrepiece legislation. The important part of that statement is the qualifier, “almost’.

Two clauses continue to stick in the craw of the industry. One is that any mining company seeking to export a “strategic mineral’ – which can be identified at any time at the discretion of the mines minister – must request permission to do so.

The second clause is that the minister can then subject that mineral to a two-tier pricing structure such that domestic sales discounted to the going market price.

According to Peter Leon, head of energy and minerals at Webber Wentzel and perhaps one of the most outspoken critics of the legislation, these clauses are enough to switch off foreign investment … permanently.

However, there are two opportunities to yet influence the amendments. One was this week when the Minerals Portfolio Committee met. According to mines minister, Susan Shabangu, the committee sat on January 29 to approve the bill’s draft, and formally end the public consultation phase of the proposed amendments.

Fortunately, at least for the amendment’s critics, the committee meeting was adjourned and didn’t recommence until February 18. That gave the mining industry valuable time to continue lobbying for changes to the amendment bill.

Then the matter has to go to the National Council of Provinces, the upper house of South Africa’s parliament. Owing to an oversight in the process of the amendment, the council was not given time to pick over the proposals.

According to Leon, that must still happen, raising the possibility that the amendment will won’t be promulgated before national elections, scheduled for May 7. If that happens, the bill may be in trouble and require fresh vetting by the authorities.

Already, the minerals portfolio committee’s acting chairperson, Faith Bikani, has suggested the bill won’t get off the ground before elections. There are too many problems which has led Leon to declare in an article by BDLive earlier this week that the proposed legislation has been “kicked into touch”.

Roger Baxter, COO of the Chamber of Mines, thinks the bill will progress and doesn’t believe asking the minister to export minerals is a problem. “We do that with diamonds and precious metals already; it’s just an extension of an existing regulation’.

The problem is, however, that the South African government isn’t trying to exert control over any of those mining industries in quite the same way.

According to Paul Miller, a resources banker with Nedbank Capital, Government is trying to re-assert “levers’ over the industry. “Government knows that it loses in court over issues of permitting. Strategic minerals are a way of enforcing a new type of control over the industry,’ he says.

To be fair, the South African government wants to progress its downstream beneficiation plans. Its thinking is that by controlling the cost of inputs, such as iron ore for steel, and coal for power generation, it will be easier to introduce new entrants to the market.

Perhaps, though, the government ought to heed the words of Gary McMahon, a senior mining specialist at the World Bank. “I would be careful about going the beneficiation route as it’s very power intensive and it doesn’t create many jobs,’ he says.

BILL NOT FOR SPLITTING

It has been suggested that Government divide the MPRDA to allow gas and petroleum to be housed in its own legislation. What? That’s the last thing mines minister, Susan Shabangu wants.

“Petroleum is mined; that is the principle we have to deal with,’ Shabangu said on February 4 when asked if she thought separating the MPRDA was a good idea.

There are practical reasons for not wanting the MPRDA split such as keeping harmony in the way minerals and petroleum are legislated, and keeping the legislation streamlined.

But there’s also some inter-departmental friction there as well. Shabangu’s mineral resources department (DMR) wouldn’t want the energy department seizing control over the 20% economic participation the petroleum legislation provides to the government.