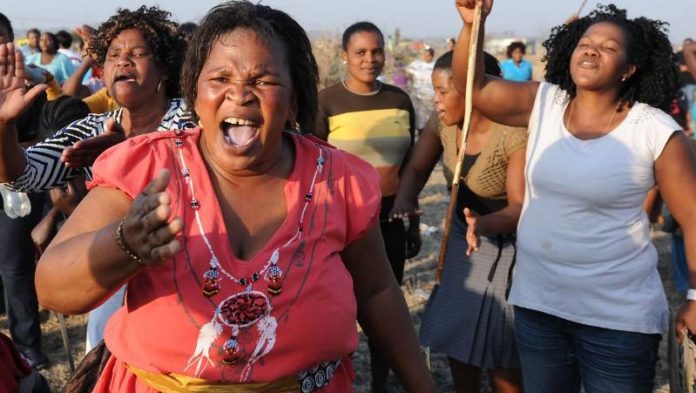 The Anglo-Australian group reported an outbreak of “criminal violence” on December 4 in which employees were injured in a shooting incident. The group said previously that titanium dioxide slag production for 2019 would come in “… at the bottom end of 2019 guidance of between 1.2 and 1.4 million tons (Mt)”.

There was no production guidance as yet for 2020, but Morgan Stanley said in a report today it expected output to be 1.1Mt for the year with 430,000 tons in production expected during the first half of Rio Tinto’s 2020 financial year.

“We view the update as neutral for the shares,” the bank said, adding that the iron and titanium division was forecast to contribute about 4% of group 2020 EBITDA. “This announcement creates some modest upside risk to our 2020 EBITDA estimates,” it said. Shares in Rio Tinto edged down 0.9% on the London Stock Exchange.

Discussions with community factions near the RBM premises in KwaZulu-Natal were led by the provincial premier, Sihle Zikalala. Talks were focused on imposing stability and address issues that had led to the violence. Some 5,000 people are employed at the mine.

“A phased restart is now in progress across the operation, with RBM expected to return to full operations in early January, leading to regular production in early 2020,” the group said in a statement. Customers affected by supply interruptions had been told the force majeure conditions had been lifted.

Rio Tinto said it would also review the restart of the Zulti South project after normalisation of operations at RBM. Rio Tinto pledged R6.5bn in investment at an investment summit earlier this year which would essentially expand the facility five-fold.

“The safety and security of our people is always our first priority and we are pleased that we will now be able to get back to work creating value for our people, our communities, South Africa and RBM’s shareholders,” said Bold Baatar, CEO of Rio Tinto’s Energy & Minerals business unit.

“I would like to thank the Government of South Africa and the Premier of KwaZulu-Natal for their support and assistance in getting us to a position where we can restart operations at RBM. I would also acknowledge the work of community leaders and the police over the previous few weeks,” he said.