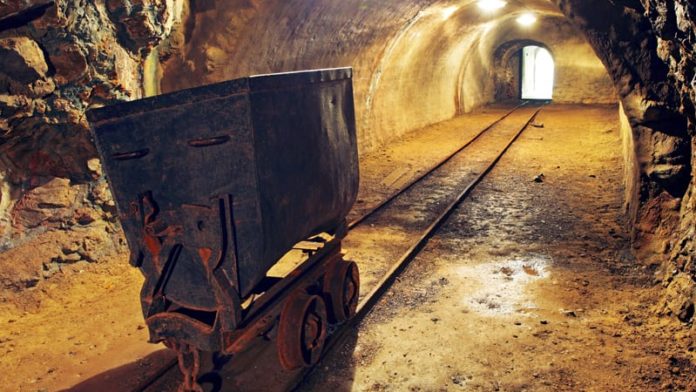 SOUTH Africa’s mining sector could suffer direct production losses of 8% of annual output as a result of the 21-day lockdown due to start at midnight on Thursday.

This is according to a report by Nedbank Securities precious metals analyst, Arnold van Graan, who estimates that total production losses in 2020 could be between 10% and 15% of annual output including the time taken to ramp-up mines to steady-state production.

Based on the experience of post-strike activity, restarting mines after a prolonged shutdown can be a lengthy process. In some cases, certain marginal or loss-making shafts in the precious metals industry may not open again once the lock-down ends, he said.

The lockdown was ordered by South African president, Cyril Ramaphosa, on March 23 in an effort to contain the spread of the deadly COVID-19 virus in the country.

Sibanye-Stillwater would be cursing its look insofar as its gold division had only recently recovered from a four-month strike in 2018/19. Similarly, Gold Fields’ South Deep mine had shown signs of recovery after meeting new production targets and generating positive cash flow after years of burning cash. It would be pushed back on its heels somewhat.

It was likely that hedged production – which is also significant at Harmony Gold – would be rolled over by the counter-parties, said Van Graan.

Of the platinum group metal producers, Sibanye-Stillwater was the most protected against the South African lockdown as about 30% of its production was from the US whilst another 5% was derived from its Zimbabwean operations, said Van Graan.

Royal Bafokeng Platinum and Northam Platinum – both engaged in capital intensive projects – would show the largest free cash flow impacts as a result of the shutdown. Their free cash flow levels were below what would be considered normalised levels.

Back on the gold side, AngloGold Ashanti and Gold Fields had the least exposure to South Africa, comprising 7% and 9% of total production respectively. Harmony Gold was almost entirely reliant (88%) on the performance of its South African gold mines.

However, there are some solaces to take, said Van Graan. One comfort is that South Africa’s mining sector is experienced at managing the impact of disruption as a result of strikes or community disruptions, or when fatal accidents occur.

“All mining companies, therefore, have detailed emergency and contingency plans in place to mitigate the impact of a prolonged shutdown,” he said. “We, therefore, expect the companies to put measures in place to limit some of the fixed-cost spending during this shutdown. We also expect capex cuts.”

Another positive was that at a time of decreased industrial demand globally, less platinum was being delivered into the market unlike the events after the 2019 economic crisis when the market was saturated with metal.

In its take on the shut-down, RMB Morgan Stanley’s analysts said the South African government’s implementation of a shutdown was stricter than in other countries where there was a significant mining sector.

In Chile and Peru, the respective governments had asked mining industries to continue operating but to de-densify themselves in respect of work practices. In South Africa, the total shutdown was severe, but it was leavened with exemptions.

Allowing smelters and other metal processing to continue – such as South32’s aluminium facilities in KwaZulu-Natal province – as well as allowing some exports of goods supplied from inventories (not production) would assist the sector in delivering into contracts and avoid excessive working capital build up.

But export leniency ought to be extended without fear of compromising the national effort to contain the COVID-19 pandemic, said RMB Morgan Stanley. “Most export channels are highly mechanised and automated and those minerals help to balance the country’s terms of trade,” it said.