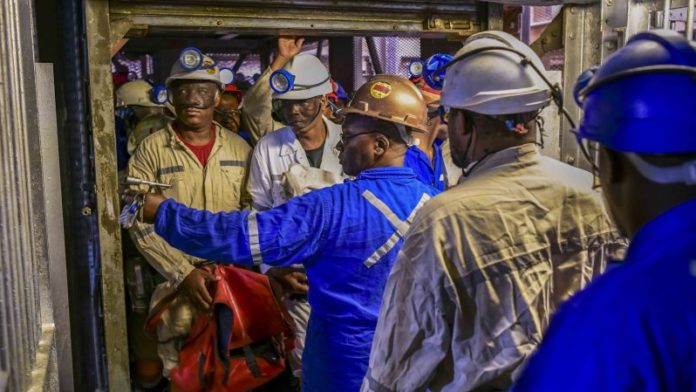 EFFORTS to move an estimated 14,000 foreign mineworkers to South African mines has been described by Graham Herbert, MD of consultancy TEBA, as “the biggest movement of labour” in the gold and platinum sectors.

“I have worked in the industry for 30 years and I have not seen anything like this,” Herbert told Bloomberg News for an article republished by Fin24. “This is a historical first for me. This is probably the biggest movement of labour, certainly in gold and platinum mining, that’s been known,” he said.

The Minerals Council said last week that it hoped to return 9,500 foreign mineworkers who had left for home in the wake of the South African government’s three-week hard lockdown in March. This was a first instalment of workers that had to be returned but the council was ultimately unsure as to how many had elected to stay in South Africa.

More foreign mineworkers may be currently stranded in neighbouring countries such as Mozambique and Lesotho where borders with South Africa have been closed.

In addition to foreign mineworkers, there are employees who also returned to their homes in the Eastern Cape and KwaZulu-Natal provinces.

Johan Theron, a spokesman for Impala Platinum, told Bloomberg News it could take months to get these workers back to work owing to the slow progress of negotiating travel restrictions and quarantines. Foreign migrant workers were key, Theron added.

“The most skilled and experienced workers are predominantly from those areas and that’s true for the entire industry,” Theron said. “We can’t just return them without putting in place extraordinary measures.”