Home News Markets There’s nothing perfect for the JSE’s miners in the future offered by...
Facebook
Twitter
WhatsApp
Linkedin
Email 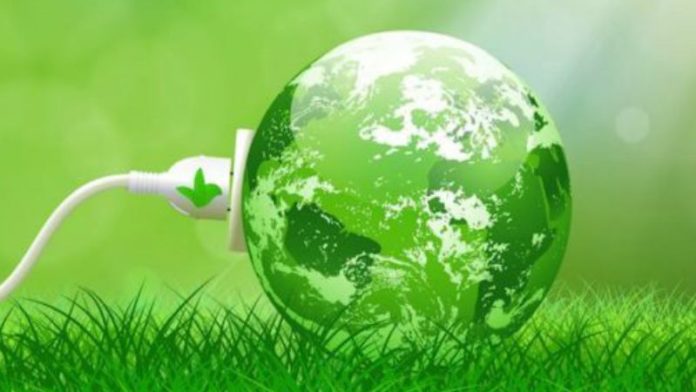 In July, Elon Musk, the founder of Tesla, issued an unusual public challenge to the world’s mining industry. Commenting during an investor presentation, he dangled the prospect of a “giant contract for a long period of time” to the firm that could supply responsibly-mined nickel.

Nickel is not particularly in short supply. According to a June report by Australia’s Macquarie Bank, previously forecast deficits in nickel for this year until 2025 are now expected to turn into narrow surpluses. This is partly owing to the impact of Covid-19 disease which has dented consumption more than supply, the bank said.

Availability, however, was not behind Tesla’s request. In a world of improving environmental, sustainability and governance (ESG) standards, it’s peace of mind that’s harder to source than minerals.

The mining industry has been boosted by increased demand for metals such as nickel which are used by industrialists like Musk for the batteries that go into electric vehicles (EVs). In the case of Tesla, its Shanghai-based Gigajoule factory is expected to increase capacity 570% over the next decade to 248 gigawatt hours, according to data company, Benchmark Mineral Intelligence. One GWh of battery capacity is enough for 18,000 cars on average.

BloombergNEF said in a report earlier this year that global passenger EV sales will be just shy of 26 million vehicles by 2030. Total all-segment user demand for lithium-ion batteries, the most popular type of battery technology currently in use for EVs, will still be over 2,000GWh by 2030, the report said.

Whilst growth in EVs is an enormous opportunity for mining firms, which also supply manganese, cobalt and a raft of other minerals into the battery manufacturing process, there are difficulties. Mining firms are faced with having to reduce their own carbon footprints, even in the process of supplying the minerals that may help resolve the world’s environmental risks. They are also facing increased levels of scrutiny from investors switched on to the ESG risks, as well as faith-backed organisations and civil society groups which keep a tight checks on the human and environmental impacts involved in mining.

In June, it emerged that Tesla had agreed to buy 6,000 tons of cobalt from Glencore, the Swiss-headquartered mining and marketing group. Cobalt gives batteries their ability to re-charge and is therefore considered critical to the fabrication process. The trouble is that about 60% of the world’s cobalt is sourced from the Democratic Republic of Congo, the central African country from which Glencore mines a significant portion of its copper, and all its cobalt.

Child labour in the Congo’s burgeoning artisanal sector has long been flagged by civil and watchdog groups. Whilst there’s no suggestion of wrong-doing in that regard involving Glencore, the onus is clearly on the mining sector to get its act right. (Glencore and Tesla have since joined joined the fledgling Fair Cobalt Alliance (FCA) which is gathering members in order to stamp out child labour from mining sites and improve working conditions in the Congo.)

Welcome, then, to the often subfusc world of battery mineral production where mining firms are tasked with trying to find enough economic resources to satisfy the growing demand as well as meet ever increasing standards of extraction … all of which are complicated by a third factor.

Owing to the problems associated with cobalt supply – forecast by Benchmark Minerals to grow into 300,000 tons of demand by 2029 from 70,000 tons last year – scientists are finding ways to engineer out the ESG risk. This month, Tesla announced its first cobalt-free EV battery, the Tesla Model 3 that uses a lithium-ion phosphate battery.

The pace of the engineering is a real headache for mining firms as they plan multi-year resource development and capital allocation. On hearing the news of Tesla’s latest breakthrough, BMO Capital Market analysts Colin Hamilton and Kimberly Berman lowered their medium-term forecast of nickel and cobalt consumption in EVs.

Said BMO Capital Markets in a seperate note on battery minerals: “The bottom line is that we are seeing more zero-cobalt, nickel-rich cathodes being evaluated and a number of top scientists in the field are investigating possible cobalt substitutions … In short, there is a big push to remove cobalt (and all its supply chain woes) from the equation”.

Whilst Tesla’s new cobalt-free battery wouldn’t replace existing models, the job of having to understand future demand is a challenge for miners. So much so, that Sibanye-Stillwater bought the UK-based research house, SFA Oxford, to help understand how the fast-moving battery minerals market might evolve ahead of potential merger and acquisition (M&A).

We are having exactly this conversation on how we see the recovery of the PGM market and whether we’ll see a fast track of the electric vehicle or would people continue with the conventional drive trains – Natascha Viljoen, Amplats

Neal Froneman, CEO of Sibanye-Stillwater, wants a piece of the EV battery minerals action. “We’re not sitting on our hands,” he said in an interview last month. “We bought SFA Oxford to do that work. It doesn’t require any specific due diligence at this stage, but it’s a lot of strategic work,” he said.

There is a multiplicity of battery models in the market into which a number of Johannesburg-listed mining firms are able to supply, the cobalt-free version is just the latest of specific battery electric vehicles (BEVs). According to SFA Oxford, a different type of battery, powered through the manipulation of hydrogen, will co-exist, not compete, with lithium styled BEVs.

Hydrogen electrolysing technology will also have applications not just in the automotive manufacturing sector, but broadly, across other industries.

Whilst nickel and cobalt, as well as lithium, manganese and copper are the constituents of BEVs, hydrogen-powered fuel cell electric vehicles (FCEVs) make use of platinum group metals (PGMs), the class of precious metals Sibanye-Stillwater produces, as well as its competitors Impala Platinum, Anglo American Platinum (Amplats) and Northam Platinum. PGMs are critical in the automotive industry owing to their chemical properties that when fitted to autocatalysts absorb noxious gases. In hydrogen technology PGMs are used in the engine manufacturing process for their cooling properties.

So whilst Froneman wants to potentially buy a battery metals company, he also wants to anticipate how PGMs – and platinum specifically for hydrogen energy – will feed into growing demand for FCEVs.

According to SFA Oxford, new platinum demand from hydrogen power will total more than 400,000 ounces by 2030 from demand of less than 50,000 oz of platinum production today. That’s according to forecasts in April, but no-one really knows where demand will settle, or even how to position themselves for the future. It’s a problem acknowledged by Amplats CEO, Natascha Viljoen, who told Miningmx her company would try to keep its options open.

“We are having exactly this conversation on how we see the recovery of the PGM market and whether we’ll see a fast track of the electric vehicle or would people continue with the conventional drive trains (internal combustion engine or ICE),” said Viljoen. Vehicles powered by old-fashioned ICE provide Amplats with a known margin for the PGMs supplied; there’s less certainty of the economic return of PGMs from FCEVs.

“Where I am positioning the business is to be ready to play in either. We certainly are going to push our role in the green economy,” says Viljoen.

The potential of EVs to support future platinum production is considered significant by RMB Morgan Stanley analysts, Christopher Nicholson, Brian Morgan and Jared Hoover. “The platinum market currently sits in a large surplus and over the near to medium term, palladium for platinum substitution in conventional internal combustion engine autocatalysis applications likely holds the key to a market rebalancing,” they said in a report earlier this year.

As hydrogen powered batteries can only be carbon neutral when supplied by green energy, there’s obviously a need to accelerate the move of primary power sources from fossil fuel to renewable power. Paul Atherley, chairman of UK-listed mining firm Pensana, is hoping his company can successfully mine rare earths in Angola in order to supply the renewable energy battery market.

Arcane though they sound, neodymium and prasoedymium, to be mined from Pensana’s proposed $200m Longonjo mine, some 300km from Lobito, are used in the manufacture of large permanent batteries used in wind farms.

Atherley told Miningmx that in addition to popular demand for carbon neutral energy solutions, his company’s efforts had been boosted by the shape of Covid-19 stimulus. “There is some $16 trillion in stimulus efforts around the world, but particularly in Europe, it has to be a green deal”. In addition to global recession, the impact of Covid-19 lockdowns was to very quickly demonstrate how a less carbon intensive world might look to people like you and me.

In fact, it took weeks, not years, for the skies of the world’s most populated cities to clear, observed Bloomberg Green in a report in May. The International Energy Association estimated that some 2.6 billion tons of carbon dioxide was not emitted during lockdown.

When a similar, but much smaller phenomenon, occurred during the 2019 financial crisis, it was followed by a recovery that resulted in a sharp increase in pollutive emissions. The aim in a post-Covid-19 world is to avoid another onset of higher emissions. That’s why public sector stimulus is trying hard to incentivise a green, renewable recovery.

Fundamentally, copper is the strategic metal of the future. It’s not like other metals: it is relatively concentrated, easy to process like gold and it’s a metal central to the new world vision. But we’ve got a long way to go. – Mark Bristow.

Months after the US government exceeded $700bn in bank bailouts, it came back with an additional $800bn stimulus package that included more than $80bn for emission cuts, energy efficiency and technological innovation. This carrot approach to developing sustainable economic growth has its stick, too, in the form of ever-tightening emissions legislation.

A major beneficiary of stimulus and legislation is copper. According to BMO Capital Markets EV adoption necessary to meet regulatory targets helps copper owing to its higher loading in EVs relative to the ICE.

In fact, BEVs require about 3.6 times the copper than their petrol powered vehicle counterparts which, in turn, would have to double their energy efficiency were they to match the emission standards of BEVs. Assuming 11% global EV penetration by 2025, this is equal to an extra 3.2 million tons a year of additional copper supply.

All the major diversified mining firms are switched on to the potential of copper, including Anglo and Glencore. But copper’s importance also brings in gold producers not generally considered much part of EV mineral supply chain. At least, this is the view of Mark Bristow, CEO of Barrick Gold, the world’s largest gold producer.

“Fundamentally, copper is the strategic metal of the future,” he said in an interview. “It’s not like other metals: it is relatively concentrated, easy to process like gold and it’s a metal central to the new world vision. But we’ve got a long way to go,” he added citing reservations in current battery technology in its ability to store energy.

Major gold producers are going to be involved in copper production like it or not, according to Bristow. The remaining 10 or eleven major known gold resources occur with significant copper reserves in mineralisations known as porphyries, he said. Barrick has already sounded out Canadian firm, Freeport McMoRan about the prospect of it buying its Indonesian Grasberg deposit.