Home News Markets Anglo is watching you … How the UK group is hoping to...
Facebook
Twitter
WhatsApp
Linkedin
Email 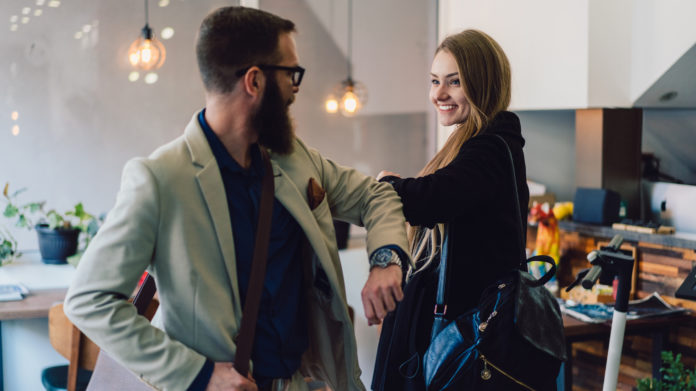 FORMER BHP CEO, Marius Kloppers, gained notoriety for once dissuading employees in the Australian firm’s head office from eating at their desks. The aroma of last night’s reheated coq au vin, for instance, was not conducive to the business Kloppers – a committed vegetarian – was trying to create.

The disease has also changed attitudes towards work-from-home, most likely broadening its adoption. Business travel and virtual meetings, especially as a way of including different, previously unheard voices, are other potential changes.

The disease has also inspired other technological advances in the workplace such as the social distancing and contact tracing software developed by Anglo American. It is hoping the technology will live long after the pandemic is dead.

In essence, the group has developed in partnership with South Korea’s electronics conglomerate, Samsung, bespoke fitness watches for its 54,000-strong miners, primarily as a track-and-trace mechanism for Covid-19 disease outbreaks.

Rohan Davidson, Anglo’s chief information officer, says that each fitness watch has the capability to log up to 8,000 contact events daily, and enable the group to trace each contact over the prior 48 hour period. Information is stored as a server would a computer IP address because employee privacy is critical; yet, at the same time, you can’t get on-site without a watch, just as you can’t gain access without a polymerase chain reaction (PCR) test.

The watches work as any fitness watch would so employees would – it is hoped – will monitor other aspects of their health and safety. The aspiration, therefore, is that a watch is a small thing with a large life of consequence, long after the pandemic is dead. By way of reminder, it’s worth noting the prevalence of tuberculosis and AIDS in South Africa’s mines.

The watches also alert the wearer when social distancing rules are breached. Clearly, this has limited appeal on a mine, says Davidson, so the function can be disabled. When all’s said and done, mining is a cooperative, contact kind of a job. That’s not quite the case in the office environment, however – as BHP’s Kloppers may yet concur.

For the pencil-pushers and bean counters, Anglo has developed blue-toothed enabled badges that (Davidson acknowledges) sounds off a fairly irritating alarm when the 1.5 metre social distance rule between individuals is breached. The lesser incursion of stepping within two metres of one another provokes the more moderate warning of a light change on the badge from green to yellow.

Mark Cutifani, CEO of Anglo American, claims not yet to wear a watch. “I’m too old so nobody cares,” he quips. Firstly, he’s not actually old; secondly, it’s those of advancing years who stand most to benefit from Anglo’s approach, Orwellian as it may sound at first.