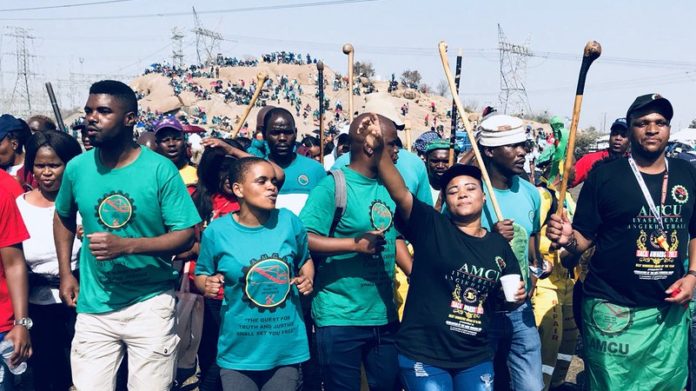 “Anything that detracts from running a business in a competitive way ratchets up the hurdle rates for investment decisions,” said Froneman in BusinessLive. “Municipalities, political, social, power risks all add a percentage or two to the hurdle rate”.

“It’s one of the reasons why foreign companies don’t want to come here, because they can see they’ll have to do what the government is supposed to do but isn’t doing. They’ll end up tarnished with social issues that they haven’t caused. It inhibits foreign investment in South Africa,” he said.

“It’s another very clear aspect of [the] government’s failure.”

Froneman was commenting on Friday during the second memorial event to commemorate the 44 people killed in interunion rivalry and police shootings at the Marikana mines in 2012. The mines were formerly owned by Lonmin before it agreed to merge with Sibanye-Stillwater in 2019.

A key part of the normalisation process is providing houses to the widows of the 44 people killed in events in 2012 and providing funds for education of their children.

“If a business is not profitable, a social and labour plan is academic because you can’t fund [it]. Value creation has to be for all stakeholders and you won’t even get to that discussion if you don’t have a sustainable business,” Froneman said.

“For almost nine years, all we’ve ever had with Marikana is a memorial event. We are trying to change that direction. We are not sweeping this under the carpet,” he said.