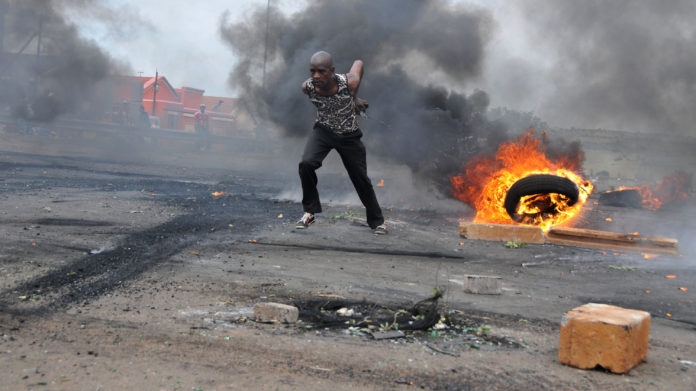 PRIESKA is a small town of 20,000 people on the banks of the Orange River in South Africa’s Northern Cape. Iscor, the former steelmaker, used to operate there but mining was last seriously seen in the place more than a generation ago.

Today, it’s agriculture that helps sustain the local economy. Lately, however, Prieska has become a hotspot – literally, it would seem – for a number of privately-backed solar energy projects including French energy firm, Total, and Australian firm, Orion Minerals. For Orion Minerals, the solar plant is part of its plans to breathe new life into Iscor’s old copper and zinc mine, a development that is exciting investors again.

The fresh interest, however, has brought frustration to people in Prieska.

According to Orion CEO, Errol Smart, local communities have become accustomed to seeing high activity when solar projects are under construction, which employs a thousand people or more, followed by periods of economic vacancy. The work is largely project-based, short-lived, and so specialised that labour and artisanal employment opportunities are scarce. The maintenance crews left behind number only a handful of souls.

Seen, therefore, from the perspective of the Prieska community, investors and employment opportunities come and go at dizzying speeds with no apparent benefit. “There are no skills or a mini-economy,” says Smart of the local area. “We are trying to build it [the economy], but it will take time.”

In the meantime, Orion Minerals is finalising a finance package for the A$432m (R4.7bn) Prieska Copper-Zinc mine that will bring about some regional economic benefit, but only in about two years. Recent demonstrations by the Prieska community haven’t helped the company’s efforts.

Earlier this month, Orion was forced to apply for an urgent interdict from the Northern Cape High Court after community members turned up at the firm’s property gates before moving on to the town, blockading roads, burning tyres, and the like. Certain members, provoked into action by an aspirant service provider that lost out in one of Orion’s tenders, attempted to intimidate the local authorities into pressing investors like Orion into providing more jobs.

Smart thinks scenes like this may become a widespread event in other impoverished regions in the North West and Mpumalanga provinces where mining exists.

“The industry will see this kind of effect intermittently for the next six months right up until local elections take place in October,” Smart said. Demands include 50% host community employment and 30% host contractors in the firm’s Prieska Copper-Zinc project, he said.

The Minerals Council has called on the South African government to step up its security, but the truth is, local municipalities are under-resourced. There is not much Police Services can do when they number as few as ten against a crowd of hundreds, especially as the police also live in the community.

“It is a difficult situation because the disadvantaged community is struggling after years of poor delivery by the government,” says Smart.

Alex Khumalo, head of social performance and community development at the Minerals Council says there’s no doubt that mining towns need to have diversification in place.

“We’re the only industry that can establish a town by digging a hole,” he says. Community rumblings, however, will continue whilst the government under-delivers and integrated development plans that are “neither integrated nor development” fail to deliver.

“It starts with strengthening local government which is where the mandate lies but the vast majority of them are struggling to collect [rates] from the people. So municipalities depend on Government grants.” This is why policing is so under-resourced.

He points to efforts at Lephalale, a hub for the coal sector, where ‘just transition’ from coal to the broad-based economy is underway, partly by dint of Anglo American which recently unveiled plans to demerge its Anglo Coal division into Thungela Resources. Anglo says that in creating a separately-listed company, capital can be efficiently and expeditiously allocated to mine extension, providing jobs for longer, whilst it also focuses on regional economic development.

July Ndlovu, CEO of Thungela Resources, says this was a key reason why it doesn’t make sense for Anglo to sell or just close the mines as some would have it. “We haven’t comprehended how many people have lost their jobs in this [Covid-19] pandemic,” he says.

“People resort to crime, people resort to all sorts of demands. It’s out of absolute desperation. And that’s why I think people who say just close the mines … you need to go into those communities and see what people are prepared to do just to eke a living. Then you realise the responsibility we have got is enormous.”