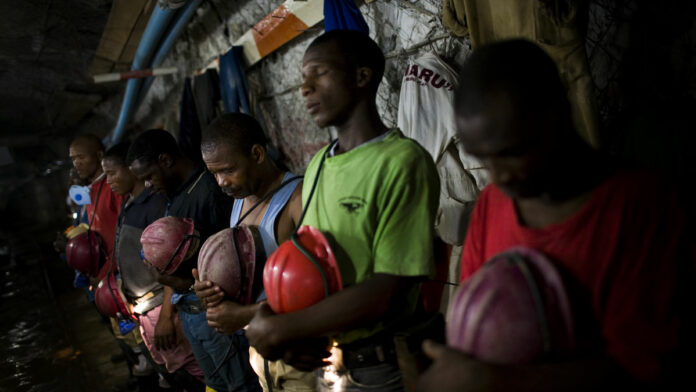 COVID-19 disruption was a factor in mine fatalities this year which the Minerals Council said today totalled 32 to date compared to 24 at the same time last year.

This implies that at the current rate, mining fatalities were on course to exceed last year’s 60 deaths. This would represent a second successive year of rising fatalities. Some 51 miners lost their lives in 2019.

“The impact of Covid-19 on mental wellbeing has also had an impact on safety performance,” said Themba Mkhwanazi, a vice president of the council and the CEO of Kumba Iron Ore, the Anglo American company.

“Bereavement and ill health play on the emotional and psychological well-being of people. There is a big focus on this,” said Mkhwanazi regarding the council’s efforts to stem the potential for an increase in fatalities this year.

“It has had a huge impact,” said David Msiza, chief inspector of mines at the Department of Mineral Resources and Energy. “Not all teams have been working together; the same teams have not been consistent,” he said of disrupted work patterns at mines.

Data from the Minerals Council, published as part of its National Day of Health & Safety today, showed that of the 32 fatalities this year, 15 were reported in the gold sector where South Africa has its deepest mines. A further seven and five deaths were recorded at the platinum group metal and coal mines respectively, it said.

There had been an improvement in rockbursts as the cause behind ‘fall of ground’ events causing fatalities. These are seismic events that are difficult to forecast with complete accuracy.

Other falls of ground, classified separately, are due to “gravity” events and can be avoided using netting, for instance. Eleven of this year’s fatalities belonged in this classification. “This is a significant challenge in the gold and platinum sectors,” said Mkhwanazi.

The Minerals Council is to roll out a new action plan aimed at reducing the number of such events. “We have reached a plateau,” said the council’s head of modernisation and safety, Sietse van der Woude of falls of ground events. “The intention of our action plan is a step-change in the reduction of rockfall fatalities.”

On the upside, there had been an improvement in the number of total injuries.

All in all, 25 companies have received permits to provide vaccination services and a total of 58 had applied as primary healthcare sites. “So there’s a pipeline,” said Charmane Russell, spokeswoman for the council. “We are operating in a vaccine-constrained environment so it is very slow at the moment.”

Nonetheless, another eight companies would be able to dispense vaccines by the end of the week, said Dr. Balfour.