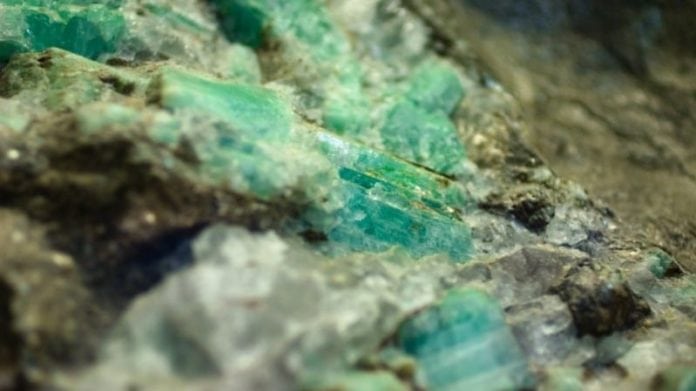 Coloured gemstone producer Gemfields is ending 2021 in fine style following booming sales at the emerald auction held from November 1 to December 6 which set records both for total revenue realised and price paid per carat for the emeralds mined from the group’s Kagem operation in Zambia.

According to Adrian Banks,  Gemfields’ MD of product and sales, “ our end-of-year emerald auction has been one of the most hotly contested auctions in Kagem’s history

“As a result, the auction set new records for both the highest revenue and the highest average price per carat achieved at any Kagem auction.  The auction result again underscores the step change in both market demand and in the prices bid by our clients, aided by tightened supply stemming from the one-year suspension of operations at Kagem due to the Covid-19 pandemic.  We look forward immensely to monitoring developments in 2022.”

A Gemfields statement said the emeralds were made available in auction lots for in-person and private viewings by customers in Dubai and Jaipur.  After the viewings the auctions took place via an on-line auction platform specifically adapted for Gemfields and which permitted customers from multiple jurisdictions to participate in a sealed-bid process.

Gemfields shares have soared on the JSE since January from a low of 124c to a high of 330c before pulling back to current levels around 274c following the move by Assore International to buy a 26.6% stake in the company.