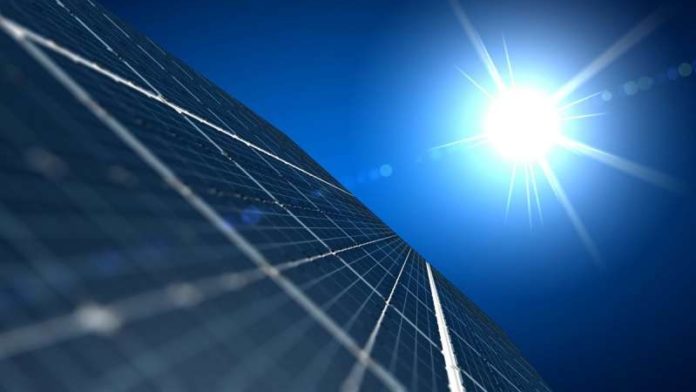 THE 130MW solar power plant to be built by titanium producer Richards Bay Minerals (RBM) looks crucial to help restore production levels at the plant which have been cut in half because of Eskom power cuts and the impact of social unrest.

The RBM plant contains four furnaces which at full output can produce one million tons of titanium slag annually, but RBM MD Werner Duvenhage told a media conference in Johannesburg today that the plant was currently producing at an annual rate of between 550,000t and 600,000t annually.

In June last year RBM shut down its operations and declared force majeure on deliveries to customers after a lengthy period of violent community unrest affecting the mine’s operations which culminated in the murder of the company’s GM, Nico Swart, in May.

When RBM restarted operations in August – after reaching agreements with the local communities – it only fired up three of its four furnaces while power restrictions imposed by Eskom this year effectively allow the plant to run the equivalent of two furnaces at full output.

Asked whether this meant RBM was only running two furnaces, Duvenhage replied that three furnaces were being used but at much reduced power rates which meant lower production capacity.

The longer term future of RBM depends on a decision to go ahead with a $463m project to develop the Zulti South deposit. RBM had previously suspended the Zulti South project because of the long-running community unrest issues.

RBM restarted operations last year following an agreement between the company and “community stakeholders” which included the release of R130m to community trusts established for the communities around the mine.

Asked for an update on the situation regarding the communities Duvenhage replied that “we are experiencing a lot of stability around the area. It has been quiet this year and the business has not been interrupted because of community actions. I would like to think the relationship is in a reasonably good place”.

An RBM statement in August last year also said that the agreement, “will support enhanced governance and controls of community trusts together with greater transparency. This agreement signifies the parties’ commitment to working together towards modernising the community trusts and to ensuring that the trust achieve their objective of delivering broad-based benefits for members of the host communities”.

Duvenhage commented that “we have not been able to get traction on the governance issues but, in general, it is going much better than last year”.