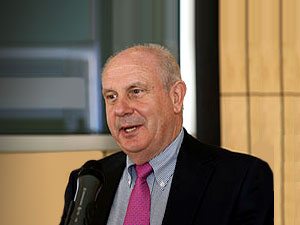 [miningmx.com] – JUBILEE Platinum said financing for development companies was proving harder than usual, but it believed that the sale of its Middleburg operations for R75m would be sufficient to finance its platinum retreatment ambitions.

“As a general comment on the resource sector and in particular the smaller companies, I see very little change in investor appetite, especially in the exploration and early stage arena,” said Colin Bird, executive chairman in Jubilee Platinum’s interim results.

“Companies such as Jubilee, who are developing tangible projects, are being financed but again with more difficulty than normal,” he said.

“We continue to believe, however, that the need for all commodities will re-emerge and money will be channeled to the pioneering sector of the industry,” said Bird.

Jubilee has a long-stated ambition to build the Tjate platinum mine, but in the teeth of a hefty decline in the platinum price, it has survived by restyling itself as as platinum retreatment company.

It recently won the exclusive right to treat ferrochrome producer Hernic’s chrome and platinum dumps which, at more than 3.3 million tonnes of platinum containing material at surface, would help it become the largest chrome tailings operation of its kind.

To pay for this and a platinum processing project from chrome tailings owned by ASA, the company is raising debt finance – which it said was progressing – and plans to sell its Middleburg operations as well as the Quarzhill section of its Tjate project.

“The Middelburg Operations are operating profitably and are attracting much trade interest on both a separate parts and combined basis,” said Bird.

“A sale of these assets, if completed, would likely be sufficient to finance our tailing development and progress the company into its stated mission of a platinum producer. The board will consider any approaches and report back to the shareholders when appropriate,” he said.

The sale of the Tjate Quartzhill was “… still progressing favorably” with completion of the transaction due in the first half of 2015 “… although timing of completion is
not entirely within the control of the company,” said Bird.

Both the Hernic and ASA platinum processing projects have been placed on accelerated
project schedules targeting to be fully operational during 2016, the company said.

Jubilee Platinum reduced the loss per share for the six months ended December by 57% to a negative 2 pence per share against a 2013 half-year loss of 0.46p/share. The improvement was on the back of an improved performance of Middelburg and a cut in overheads, the company said.