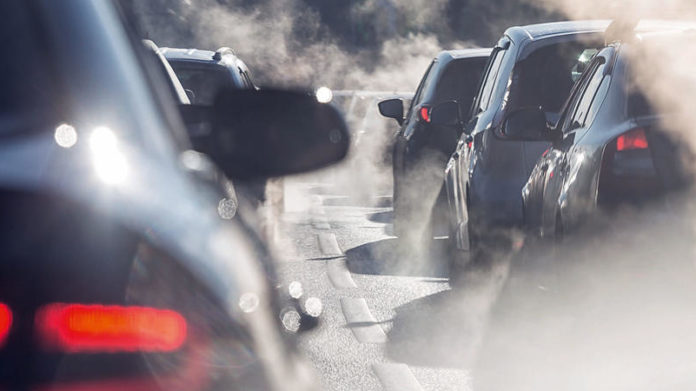 SOUTH Africans may not have enjoyed their personal liberty becoming subject to Government diktat, but at least the air smelled sweeter.

One consequence of the COVID-19 pandemic lockdown was a reduction in pollution. Nitrogen dioxide levels fell 23% in the Highveld between March 27 and April 20, according to satellite imaging studies produced by the Pretoria-based research institute, the CSIR.

The phenomena of reduced emissions has been a global consequence of less cars on the road, less factories, and less air travel.

Commenting on a similar effect of the pandemic in the UK, Sadiq Khan, mayor of London, was quoted by the UK’s Guardian as saying: “This cleaner air should not just be temporary. So once the current emergency has passed and we start to recover, our challenge will be to eradicate air pollution permanently”.

This is much the hope of South Africa’s platinum group metals (PGM) industry which, as with other industries, has been thrown into a directional fug by the onset of the COVID-19 disease. There’s been little agreement between PGM research houses on where the industry may land in the months and years to come.

Days before the World Platinum Investment Council (WPIC) forecast a mild platinum surplus of only 247,000 ounces, a rival house, SFA Oxford, said platinum would run a surplus of 1.3 million oz this year – a difference of opinion of some million ounces. SFA Oxford also raised the prospect of platinum trading below $600 per ounce – a 25% decline compared to its current price ($885/oz), suggesting there is deep downside risk in the metal’s demand.

Johnson Matthey, a PGM semi-fabricator and market commentator, didn’t forecast volumes or price, but it said the COVID-19 pandemic had hit demand and PGM supply equally hard. Therefore, it expected the market to remain relatively balanced for PGMs including palladium which was in a large deficit last year.

The upshot is that whilst resuming production is a matter of time, there’s no knowing how quickly demand will recover. Just on platinum jewellery sales alone, consumers are likely to be cautious. “If you have a huge economic impact, it’s all about survival,” said Trevor Raymond, director of research at the WPIC.

In the end, the future of PGMs turns largely on the extent to which it can participate in a post-COVID-19 world where values-driven public policy puts greater emphasis on decarbonisation. It’s no small irony that set against the current COVID-19 death toll of some 380,000 globally, some seven million people die annually from the effects of air pollution, according to the World Health Organisation.

“Will this be something that after the eventual economic recovery we dismiss as a nice moment, as we get back to life as usual,” said SFA Oxford of the improved environment in the UK during its lockdown.

It believes greater commitment to the development of hydrogen-powered transport, for instance, in which hydrogen is electrolysed from water to produce electricity, will serve the interests of the PGM sector and assist with lowering greenhouse gas emissions.

“Overall platinum demand in all electrolyser and fuel cell technologies is estimated to be around 60,000 ounces in 2020, but to reach significant levels compared to other areas of industrial demand, approaching 500,000 oz by 2030,” said Jenny Watts, a researcher for SFA Oxford in a paper published last month.

“The hydrogen economy is definitely gaining momentum,” said Phoevos Pouroulis, CEO of Tharisa, a Johannesburg-listed company that mines chrome and PGMs. “It is still a blue-sky industry but we’re in this for the long-term,” he said.

In a shorter time-frame, there’s also the question of when substitution of the very expensive palladium with the far cheaper platinum will occur in the autocatalyst which limits emissions from the internal combustion engine. “It hasn’t happened yet, especially in the gasoline engine,” said Pouroulis.

“In China, new regulations may enable car companies to implement catalyst changes more quickly,” said Johnson Matthey in its report. “This could allow some domestic automakers to thrift palladium and rhodium, and to accelerate platinum substitution programmes.”

Governments may tighten emissions legislation for combustion engines faster post COVID-19 as has happened in China. There may be other shifts not considered before. Anecdotal evidence from China is that there’s a resurgence in the personal car in preference to public transport owing to COVID-19 transmission risks.

This may well be temporary; not that that has dimmed the enthusiasm of Mike Jones, president and CEO of Platinum Group Metals which is in joint venture with Impala Platinum and Hosken Consolidated Investments on a palladium project in the Limpopo province.

Car purchases were greater in April this year than in April 2019, he said in a May 15 conference call with investors. “We think the car is going to have a big resurgence.”