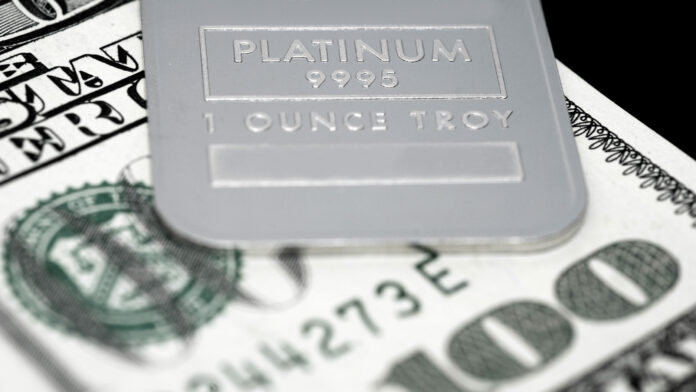 SIBANYE-Stillwater is to take full economic ownership of the Kroondal platinum group metal (PGM) mine in a deal with its joint venture partner Anglo American Platinum (Amplats), the group announced today.

Currently, the parties share the proceeds of the Kroondal mine on a 50/50 basis. Today’s agreement will cancel the joint venture enabling Sibanye-Stillwater to expand mining of its Rustenburg Platinum mine from Kroondal infrastructure.

Sibanye-Stillwater will pay R1 for the Kroondal assets, and take on the mine’s rehabilitation liabilities estimated to be about R415m.

The joint venture stems back to the Nineties when Amplats and Aquarius Platinum signed a pool and share agreement (PSA). In terms of the PSA, Aquarius would access Amplats mineral resources at Rustenburg Platinum from Kroondal. (The PSA also involved sharing the proceeds from the Marikana mine which has since been shut and which Sibanye-Stillwater will now use as a deposition site).

In 2015 Sibanye-Stillwater bought Aquarius Platinum – taking over its PSA with Amplats – and then – around the same time – it acquired Rustenburg Platinum from Amplats. However, it had not bought Amplats ought of the PSA – which the transaction unveiled today now achieves.

In addition to taking over the environmental liabilities, Sibanye-Stillwater has also undertaken to deliver 1.35 million 4E ounces to Amplats’ refineries in terms of the PSA’s existing purchase of concentrate (PoC) agreement. These ounces will be delivered by 2024 which is quicker than envisaged in the PSA agreement.

Once the ounces that would have been delivered in terms of the PSA are supplied to Amplats the PoC agreement will be replaced by a toll treatment arrangement which currently governs the production of concentrate at Rustenburg Platinum.

For Sibanye-Stillwater, the transaction gives it the full economic benefit of the PGMs which by about 2025 will be 370,000 oz a year (from the current production of 470,000 oz). As importantly, it will be able to expand more aggressively into the Rustenburg reserves using Kroondal infrastructure from 2025 without parting with the economic value.

“By enabling Kroondal to mine through the boundary at Sibanye-Stillwater’s Rustenburg operations we will extract our attributable share of the Kroondal reserves more quickly and efficiently than under the previous mine plan, unlocking greater value for Anglo American Platinum and Sibanye-Stillwater,” said Neal Froneman, CEO of Sibanye-Stillwater.

James Wellsted, spokesman for Sibanye-Stillwater said the agreement with Amplats will help double the life of mine at Rustenburg/Kroondal instead of rolling out retrenchments. “Mining will now continue until 2029,” he said.

Buying Amplats out of the PSA will also enable Sibanye-Stillwater to press forward on the development of the Klipfontein open pit project which it announced last year at a capital expenditure of about R60m.

JP Morgan Cazenove analysts said in a note today that it viewed the transaction as “mutually beneficial” as it allowed Amplats “… accelerated access to cash flow at a lower cost of production while allowing Sibanye to more than double the life of Kroondal’s operations by reducing constraints under the current PSA agreement”.