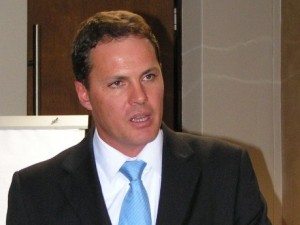 [miningmx.com] – WHEN it comes to attracting foreign or even local investment to its economy, South Africa is not different from any other mining country. There is no silver bullet; instead, we need an arsenal of complementary weaponry at our disposal.

Not infrequently one hears the allegation that the government and the executive are to blame if foreign direct investment (FDI) fails to materialise. That stance has doubtful worth.

We are a constitutional democracy where the rule of law runs deep, and yet we have not initiated the development of a completely new, deep-level gold mine for some 30 years.

In contrast, there are other countries that are far from democratic, but where new mine developments are common. Politics, to my mind, is not as big a hindrance as it is made out to be. In my view the biggest obstacle is simply that of decreasing quality of resource and increasingly uncompetitive returns.

As far as gold is concerned, most of our easily accessible ore has long since been extracted from South Africa. That which remains – unlike shallow deposits in Africa, Latin America or across the Pacific Rim – may be too deep to merit the cost of reaching and exploiting.

The investment case in weighing deep-level labour intensive operations and near- or on-surface mechanised mining is self-evident. Therefore, until such time as the “modernised” model takes full effect, the bit of resources FDI that may occur is more likely to happen in the bulk commodities spaces, provided that the required infrastructure to mine it and to ship is developed.

I would contend, then, an integral part of the National Development Plan should be a commitment to create, develop and maintain this infrastructure, even at times such as the present when we are near the bottom of the commodities cycle.

Local beneficiation is a forceful political mantra. But while beneficiation of local commodities might be shown to be in the nation’s economic interests, there are realities to be considered.

Uppermost is that beneficiation projects be driven by incentives rather than by punitive threats. Incentives can be tailored to fit each individual project through elements such as tariff protection, transformation or black economic empowerment credits and, in particular, less obstruction and opposition by officialdom, which often is the difference between success and failure.

The motor sector is, I would argue, a clear example of a properly incentivised beneficiation sector – a sector that continues to attract FDI. It is founded on the reality that the domestic market is too small on its own for a car plant to succeed. It recognises that the target market must be overseas.

Developing a new venture has very little to do with patriotism and everything to do with the prospect of making an attractive return on capital, the very FDI we hope to attract. Nor can technical innovation be mandated. Officialdom cannot determine what beneficiation should be pursued.

On the other side of the investment coin, indirect investment in equities rather than directly in industrial plant makes it plain that South Africa is far from being a no-go land.

Half of the shares in the company I work for, DRDGOLD, are traded through New York. Investors may have a number of reasons for buying particular shares, but they are undeterred by what others might consider to be political or social disasters.

There is no single right way to attract investment, no silver bullet. But there is an “awful lot’ that might combine to turn investment away from our doors that can quite easily be avoided.

Niel Pretorius is the CEO of DRDGold, South Africa’s leader in the recovery of gold from mine residues and waste dumps