[miningmx.com] — THE appointment of minerals and energy minister, Phumzile Mlambo-Ngcuka, as second-in-command of South Africa could not have been imagined several months ago. It’s a remarkable development. But no less remarkable than Mlambo-Ngcuka’s role in pioneering empowerment in business in South Africa.

Empowerment in mining, from the leak of the mining charter in 2002 through to the Minerals and Petroleum Resources Development Act (MPRDA) in May 2004, has suffered the many consequences of frontier work. Even now, while other business sectors set about framing empowerment targets, Mlambo-Ngcuka’s minerals and energy department is tackling the next phase which is to turn edict into action.

That’s why the role of her successor, Lindiwe Hendricks, currently trade and industry deputy minister, continues to be crucial. Critics of South Africa’s minerals legislation have lately focused on the reluctance of politicians to turn over transformation to the civil servants. It’s still taking too long to process new order mining licences and prospecting permits. Central government is still making on-the-ground decisions, critics say.

People need to know the system is working,’ says Werksmans Attorney’s partner, Hulme Scholes. “I think the regional offices are quite organised having dealt with them at Kimberley, Gauteng and Witbank,’ says Scholes. “The problem is probably in Pretoria,’ he said. “Politicians are still making the decisions when it should be civil servants interpreting the law,’ he says.

Hendricks will also have to tackle the potential confusion that the Broad-based Black Economic Empowerment Act, promulgated a month before the MPRDA, may bring to bear on the mining charter. It’s from the Empowerment Act that the trade and industry department hopes to unify all of South Africa’s empowerment codes. Does this mean mining-related empowerment deals will be retrospectively revisited? Will new, higher targets be required before mining companies are found to be legally compliant with empowerment mores?

Change also brings its own worries. One perception of South Africa’s minerals legislation is that there’s a high degree of ministerial discretion. Will Hendricks bring a new hard line or softer approach to policy implementation?

“There’ll be no change,’ says Rocha. “Transformation is transformation and it has to happen’. The new minister may have a different style of approach but there’s certainly no administrative change,’ he says. In fact, the minerals and energy department argues that its highly centralised control of mining license awards, so criticised lately, is intended to guard against over use of discretion.

Mlambo-Ngcuka’s appointment is not without controversy, however. Her brother has been implicated in the so-called Oilgate Scandal, as an alleged beneficiary of funds that spilled into Government coffers when it should have flowed only between PetroSA, trading firm, Imvume, and Swiss firm, Glencore AG.

Away from internecine political issues, it’s heartening to see the admiration Mlambo-Ngcuka commands, even from those pitched in opposition to her from time to time.

SA Chamber of Mines CEO, Zoli Diliza, describes Mlambo-Ngcuka as one of the country’s best ever mining ministers. Her watch was not without controversy, however and included a threatened legal dispute with Anglo Platinum, a roasting by offshore investors soon after the mining charter was re-negotiated, and a toe-to-toe conflict with Anglo American over ownership of Kumba Resources that continues to this day.

Recently, mining executives have observed that one of the more difficult demands of new mining legislation is not financing black-owned equity, but meeting some of the so-called “softer’ issues such as building the participation of women in mining – an matter Mlambo-Ngcuka championed.

“Mlambo-Ngcuka was a strong leader,’ says Moferefere Lekorotsoane, spokesman for the National Union of Mineworkers. “The succession of Hendricks will mean that issues such as women in empowerment will continue to be important,’ he says. 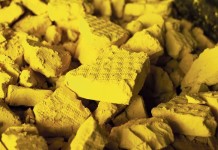 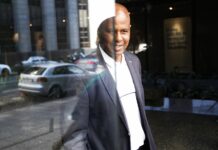 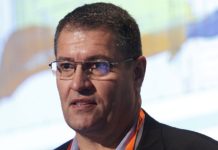 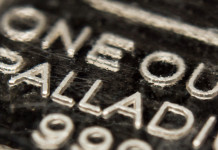