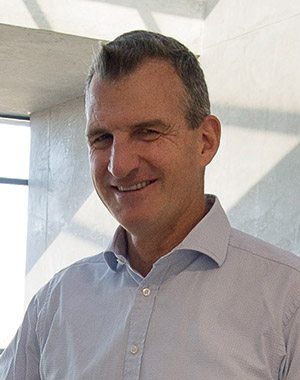 Canadian-listed Alphamin Resources hoped to finalise the remaining funding required to build the Bisie tin mine in the North Kivu province of the Democratic Republic of Congo (DRC) by the end of the year according to CEO Boris Kamstra.

Total cost of the project is estimated at some US$152m towards which Alphamin had already raised some $22m in July through private share placements. The company plans to raise a further $55m in equity along with $80m in debt.

Speaking at a presentation to financial media in Johannesburg on Tuesday Kamstra said that, all going to plan, initial production of tin-in-concentrate is expected during the first quarter of 2019 with the underground mine forecast to reach steady state production by the end of 2019.

The mine is expected to produce an estimated 9,600t of tin-in-concentrate annually with an initial life-of-mine of 12.5 years. Average EBITDA (earnings before interest,tax,depreciation and amortization) from the mine is estimated at around $110m meaning the payback period on the project is less than two years.

The project is controlled through an Alphamin operating subsidiary in the DRC in which Alphamin holds 80%; South Africa’s IDC 15% and the DRC government 5%.

Kamstra said the Bisie deposit was “extraordinary” in that it was the richest tin deposit in the world with an average grade of 4.5% . He added that, “in the world of tin ore bodies if you have a deposit with a grade of 1% tin that is a stand-out, stellar orebody. That makes us four and a half times better than the next global, stellar tin project.”

Kamstra played down safety and security fears over the situation in North Kivu province maintaining that operating and living there was far safer than living in Johannesburg .

“There are criminal elements in any society but the outside perception in peoples’ minds of North Kivu is that there are armies running around. There are not. They are no different to the crowd that are running around Johannesburg and they are probably less violent and far less aggressive than any of these cash-in-transit people.”

He said he believed North Kivu’s negative reputation was “outdated” and he criticised major news networks such as “CNN, BBC, Sky News and all the rest” because “they don’t necessarily like good news. It does not make for good viewership numbers.

“ The news out of our particular area of North Kivu is exceptionally good news. Safety and security have improved dramatically. Mines are pioneering industries and they drag with them a whole host of enabling infrastructure which is not just enabling for the mine itself but for a whole host of peripheral activities. We are already seeing the impact of that.”

Kamstra said Alphamin had had “exceptional support” from the North Kivu government for the project and particularly in dealing with artisanal and illegal miners in the region which at one stage had numbered up to 15,000 in 2008/2009 but had now dropped to around 400.