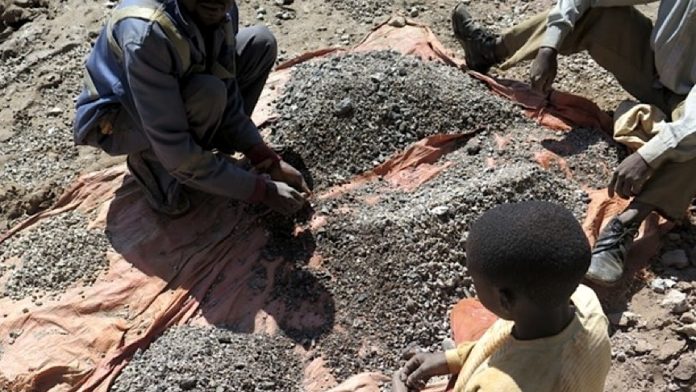 GLENCORE has extended a cobalt supply agreement with China’s GEM by five years to which the parties have added audit pledges they hope will ease customer fears regarding the provenance of the new energy mineral.

Concerns are high among end-users of cobalt, especially in the automative industry, regarding child labour and abuses associated with small-scale and artisanal mining of cobalt from the Democratic Republic of Congo (DRC).

In September, Tesla joined the Fair Cobalt Alliance (FCA) which is gathering members in order to stamp out child labour from mining sites and improve working conditions in the DRC which supplies about 60% of the world’s cobalt.

Glencore and GEM said today the new agreement would see some 150,000 tons of cobalt contained in hydroxide supplied until 2029. The agreement builds on a 2019 contract between the parties to supply roughly 60,000 tons until 2024.

In terms of the new framing of the agreement, Glencore and GEM will provide one another with annual audits under OECD-aligned standards, specifically the Cobalt Refiner Supply Chain Due Diligence Standard.

Xu, Kai Hua, chairman of GEM, said that with the agreement his company would “no longer worry” about the provenance of cobalt supplied to it. It would also help address demand for cobalt in China’s new energy market. “The world of cobalt is very beautiful,” he said.

The OECD has stated in the past that child labour and human rights abuses were common at sites in the DRC and production from the country’s artisanal mines often gets mixed in with industrial output.

Tesla earlier this year struck a deal with Glencore to buy cobalt from its DRC mines. The company has also been seeking to reduce its reliance on the metal – while there’s enough cobalt supply for now, demand is expected to surge in the coming years as Tesla expands in China and Europe and Volkswagen AG to BMW AG roll out fleets of electric vehicles.

“Long term security of cobalt supply and cobalt demand visibility are critical to prevent supply shortages that could impede the energy transition and, ultimately, the world’s ability to meet climate change targets,” said Nico Paraskevas, head of marketing, Copper and Cobalt at Glencore.

Glencore is due to provide an update to investors on Friday (December 4) in which it is expected to provide details on its new emissions targets.

South32 agrees to pay A$2.05bn for stake in Chile copper mine